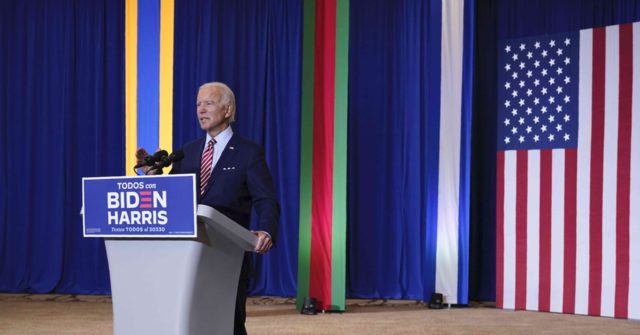 “I just have one thing to say,” Biden said, after removing his mask.

“Hang on here,” he said, as he struggled to play the song.

He played the first two lines, and bopped to the rhythm, grinning.

“I tell you what: if I had the talent of any one of these people, I’d be elected president by acclamation,” he joked.

The song, by Puerto Rican duo Luis Fonsi and Daddy Yankee, topped the Billboard charts in 2017. The music video became the most-viewed YouTube video of all time — a title it still holds, with nearly 7 billion views.

Biden played the Spanish version of the song, which includes the raunchiest lyrics (which he did not play):

Biden has been struggling among Latino voters, especially in Florida, where a recent poll showed Trump ahead within that key voting bloc, 50% to 46%.

The Biden campaign has responded by reaching out to Spanish-language media and by holding events such as Tuesday’s town hall, which was hosted by Fonsi, Eva Longoria, and Ricky Martin.