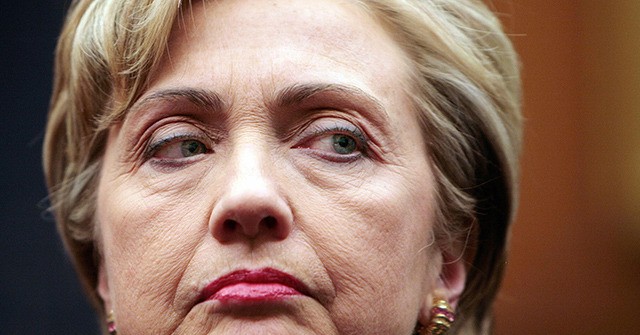 Clinton said, “The Democrats who are in the Senate will have to use every single possible maneuver that is available to them to make it clear that they are not going to permit Mitch McConnell to enact the greatest travesty, a monument to hypocrisy that would arise from him attempting to fill this position. So, in many ways, it is a terrible loss for us all. It is a reminder that she stood on the side of moving us towards a perfect union and underscoring equality and not just for women but for every American and I don’t want to see that legacy ripped up by political hypocrisy coming from Mitch McConnell.”

She continued, “Mitch McConnell cares about nothing else but power, of course, he’s going to do everything he can to fill that seat. I think there are three possible approaches that should be considered. I think there will be at least one or may be more Republican senators who either from principles or conscious or political calculation find the hypocrisy to be more than they can bear. It is reported, and I don’t know if it is actually accurate yet, but it has been reported that at least one senator has said just that, fair is fair. I think to me if we have any hope of overcoming the divisiveness and atmosphere that currently infect our politics and, unfortunately, has riddle our institutions like the Senate with this kind of, you know, power over everything else, mentality. I hope that there will be several Republican senators who say we are going to wait to see what happens with the election. It will be up to whoever is president on January 20th. The second thing is there are senators running for officer right now who are in, who are Republicans and who are closed or contested seats, and their Democratic opponents, as well as the people and the press in their state, needs to make this a major issue. Are they going to totally demonstrate themselves as being without a shred of principle because they went along with McConnell in refusing to move forward, President Obama’s nomination? Are they going to apply a totally double standard? Make it a political issue.”

Clinton added, “You know, every possible procedural obstacle has to be thrown in the way of this power drive by McConnell. There are things that can be done that need to be done literally 24/7. I am sure Chuck Schumer and his leadership team is already looking and talking at it. Having said all that, you know, I understand how impervious to reason or principle McConnell is. Let’s go down fighting and not give an inch in the face of the kind of hypocrisy that met President Obama when he tried to fulfill his constitutional obligation to appoint Mayor Garland to the court.”