Mourners have gathered outside of the Supreme Court in the nation’s capital Friday night following the news of Justice Ruth Bader Ginsburg’s death.

The group is holding a vigil in honor of the late justice, who died due to complications of metastatic pancreas cancer. She was 87 years old and served on the Court for over 27 years. Videos show mourners honoring the late justice with signs, candles, flowers, and songs. 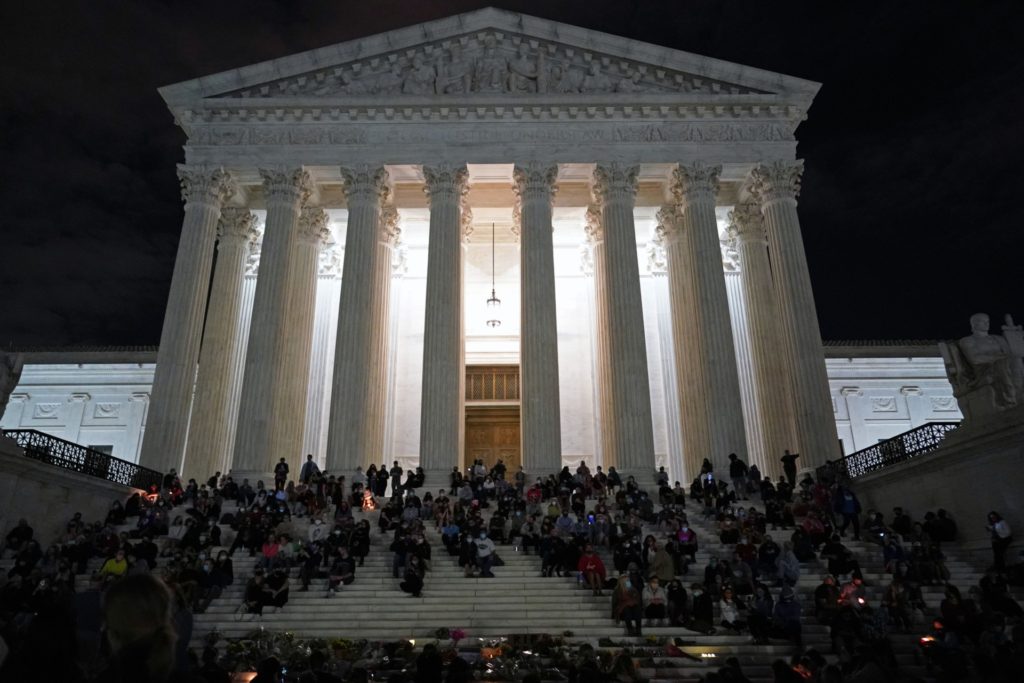 People gather at a makeshift memorial for late Justice Ruth Bader Ginsburg on the steps of the Supreme Court building, in Washington, DC, on September 18, 2020. (Photo by ALEX EDELMAN/AFP via Getty Images)

“Our Nation has lost a jurist of historic stature. We at the Supreme Court have lost a cherished colleague. Today we mourn, but with confidence that future generations will remember Ruth Bader Ginsburg as we knew her — a tireless and resolute champion of justice,” Chief Justice John G. Roberts, Jr. said in a statement following the news of her passing.