Christina Anstead and her husband, Ant Anstead, are calling it quits.

“Ant and I have made the difficult decision to separate. We are grateful for each other and as always, our children will remain our priority. We appreciate your support and ask for privacy for us and our family as we navigate the future,” Christina’s social media post reads.

Ant, 41, who stars in “Wheelers Dealers,” has not commented on the news. The two television stars began dating in 2017 and married one year later in a ceremony in Newport Beach, Calif.

“Ant and I are so excited to welcome Hudson London Anstead into the world. Our hearts are SO full of love and joy! 💙 Our healthy baby boy was born this morning- 9/6/19 – 7 lbs 7 oz 19.5 inches long,” Christina wrote on social media at the time.

The “Christina on the Coast” star split from her first husband, Tarek El Moussa in May 2016. Their divorce was finalized two years later. The exes share two children — daughter, Taylor, 9, and son, Brayden, 5. El Moussa recently got engaged to his girlfriend, Heather Rae Young. 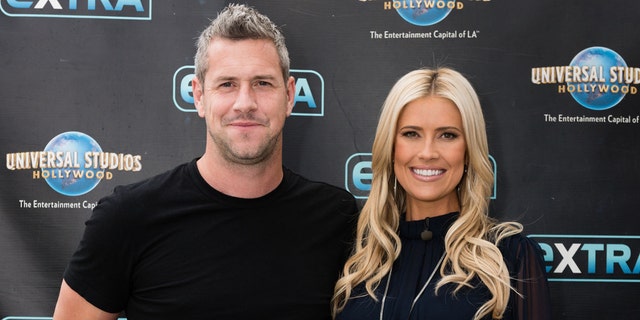 Meanwhile, Ant, a native of the United Kingdom, shares daughter, Amelie, 16, and son, Archie, 14, from his first marriage to Louise Herbert.

In an interview with Us Weekly last December, Christina revealed she was done having kids.

Christina also opened up about her first divorce in an interview with People in 2018, admitting that she suffered a period of darkness after the two made the decision to split.

“I felt like I was drowning. I was doing whatever I could to stay above water and just get through the day,” Christina told the outlet.