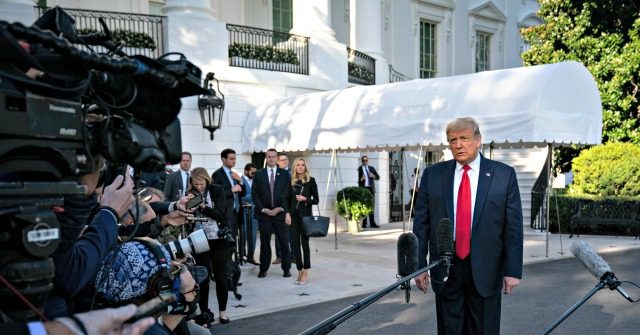 President Donald Trump on Saturday confirmed that he had given his “blessing” to the deal forming between Oracle and Wal-Mart with TikTok to secure the app partially owned by China in the United States.

“I have given the deal my blessing,” Trump told reporters as he left the White House for a rally in North Carolina. “If they get it done, that’s great. If they don’t, that’s ok too, but it’s a great deal for America.”

The president said that the companies would build separate computing clouds for American data and provide “very, very powerful security.”

“It will be continued to be named TikTok,” he said.

The deal is not finalized yet, but Oracle is expected to become the app’s cloud provider for American data and receive a 12.5 percent stake in the company.

Trump also announced that the newly formed company would make a $5 billion contribution toward the education of American youth.

“The real history, not the fake history,” Trump said at a rally on Saturday night, hailing the deal.

Trump said that the technology would be maintained in Texas and would provide 25,000 jobs.

He admitted that the news media no longer cared about the possible ban on TikTok after Supreme Court Justice Ruth Bader Ginsburg died on Friday.

“Nobody cares about that anymore,” Trump continued. “All they care about is ‘Fill that seat,’ right?” he said, referring to his decision to fill the vacant Supreme Court seat.