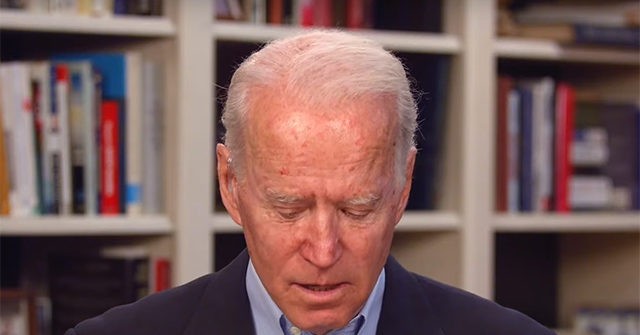 President Donald Trump on Saturday joked that former Vice President Joe Biden would get a special shot to help him perform well in the presidential debates.

“Don’t underestimate him, look, he’s been doing this for 47 years,” Trump said, pointing to the upcoming debates. “You never know. They give him a big fat shot in the ass and he comes out, and for two hours he’s better than ever before.”

The president said he wanted both candidates to agree to a drug test before the debates.

Trump recalled that Biden ran for president two times but never got more than one percent of the vote in the Iowa caucus before he was selected by former President Barack Obama as his running mate.

“I used to call him one percent Joe, because he ran numerous times and he could only get one percent,” Trump said. “Now he’s shot, he’s like got half of his head left … He’s totally shot, and he ends up getting the nomination.”