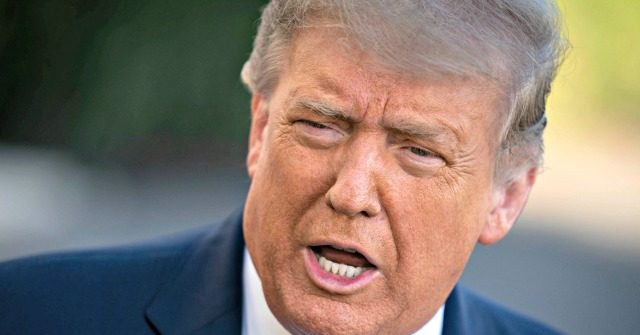 President Donald Trump on Saturday said his nomination to replace Justice Ruth Bader Ginsburg on the Supreme Court would likely be announced next week.

“I think the choice will be next week,” he told reporters as he left the White House on Saturday for a campaign trip to North Carolina.

When asked if he would choose a woman to replace Ginsburg, after she died on Friday, Trump replied, that it was “most likely.”

“I could see most likely it would be a woman,” he said. “Yeah… I would say that a woman would be in first place, the choice of a woman would certainly be appropriate.”

The president reminded reporters that he had a shortlist of potential nominees.

“I’ve gotten to know many of them. From a legal standpoint, from a sophisticated understanding of the law, from a constitutional standpoint, I think it’s the greatest list ever assembled,” he said.

When asked about Judge Amy Coney Barrett, Trump noted that she was “highly respected.”

He was also asked about Judge Barbara Lagoa, a judge in Florida.

The president said he disagreed with Sen. Susan Collins (R-ME), who said that the Senate should not confirm a Supreme Court in an election year.

Trump said that he agreed with Senate Majority Leader Mitch McConnell “100 percent” that they should move to fill the seat.

“We’re here now, right now, we’re here, and we have an obligation to the voters,” he said.

When asked about the Republican-led Senate blocking former President Barack Obama’s Supreme Court nominee in 2016, Trump replied, “That’s called the consequences of losing an election. He lost the election. He didn’t have the votes. When you lose elections. some times things don’t turn out well.”