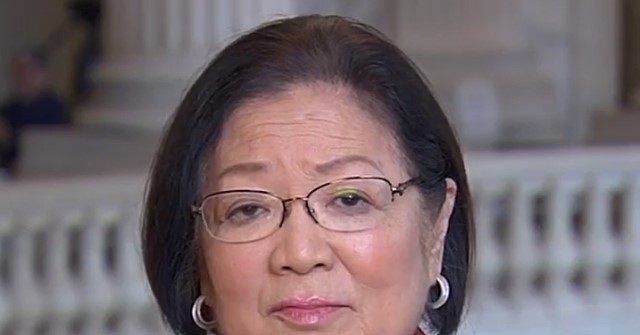 On Saturday’s broadcast of MSNBC’s “AM Joy,” Senate Judiciary Committee member Sen. Mazie Hirono (D-HI) stated that voting on D.C. statehood and Puerto Rico statehood, expanding the size of the Supreme Court, and eliminating the filibuster will be “on the agenda” in discussions among Senate Democrats on how to handle Republicans moving forward with filling Justice Ruth Bader Ginsburg’s Supreme Court seat.

Hirono said, “There will be a conference call. But a lot of us are already thinking about what we can do, whatever tools we have. But at the same time, what’s really important is for everyone out there for whom Ruth Bader Ginsburg meant something…that they need to be parallel organizing. I know they’re already doing that. And everybody better vote. … In the meantime, we are going to explore every avenue to stop Mitch McConnell from stealing yet another Supreme Court seat.”

Host Joy Reid then asked, “And does that include potentially making it clear that Democrats will vote on D.C. statehood and Puerto Rico statehood immediately upon taking power and taking control of the Senate, that expanding the Supreme Court…that’s going to happen if he goes for this, and then getting rid of the filibuster in the next United States Senate?”

Hirono responded, “All of those matters will be on the agenda, but first and foremost, we’ll have to take back the Senate. … If we care about her [Justice Ginsburg], we should be organizing, continuing to organize and vote. That happens in a parallel track to what the Senate Democrats are prepared to do. And we are going to be, in the next — today and thereafter focusing on that.”