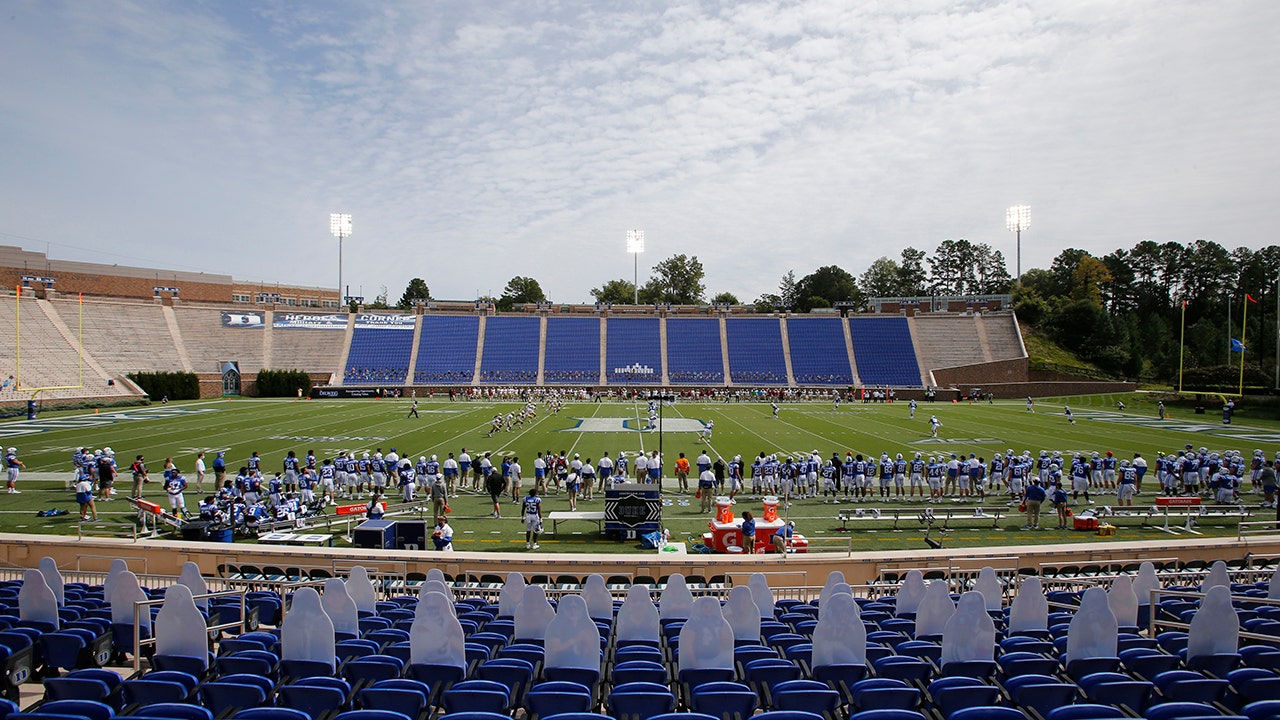 Phil Jurkovec threw for 300 yards and two touchdowns, Zay Flowers had 162 receiving yards, and Boston College beat Duke 26-6 on Saturday to give Jeff Hafley a win in his first game as a head coach.

Hafley had to wait to officially start his job with the Eagles until after the Buckeyes’ loss to Clemson in the College Football Playoff, then had just five spring practices before the COVID-19 pandemic shut down the sports world. The way his team handled such unusual circumstances made Saturday’s long-awaited win that much more special.

“I was emotional after the game, and not because of me,” Hafley said. “I don’t say this to give you guys coach-talk. I’m giving every one of those players a game ball. When they look back at that date, they’re going to remember one of the hardest points of their lives that they had to battle through and sacrifice. … This day will forever be about this team and what they did to get to this point. I’m greatly appreciative.”

Jurkovec, the former four-star quarterback who transferred to Boston College from Notre Dame in the offseason, led the Eagles (1-0, 1-0 Atlantic Coast Conference) to a touchdown on their first drive in an empty Wallace Wade Stadium, only to see the offense sputter. But, gradually, Jurkovec started to find his rhythm.

In the third quarter, Jurkovec completed 6 of 7 passes for 151 yards and both of his touchdowns. The second, a 61-yard strike to Flowers, pushed the Eagles’ lead to 23-6, from which point there was no looking back.

Despite tallying 351 total yards, Duke’s offense was unable to capitalize in Boston College territory. Chase Brice completed 23 of 42 passes for 217 yards and two interceptions for the Blue Devils (0-2, 0-2).

“We have to stay together at the toughest of times,” Duke coach David Cutcliffe said. “That’s what all families do. I like these young men. I like this team. I expect them to respond, but I have to help them more.”

Boston College: Saturday marked the first time Jurkovec started a game since his senior year of high school. The quarterback, however, showed exceptional poise, despite the amount of pressure applied by a talented Duke defensive front.

“For me, I haven’t been out there playing real football in so long, so just getting out there and taking hits and playing again was so much fun,” said Jurkovec, who came off the bench to play in six games at Notre Dame in 2019. “In the first half, I think I was a little skittish, especially in the pocket. … So I tried during the second half to stay in there a little bit more and deliver the ball downfield.”

Duke: Cutcliffe emphasized the importance of finishing in the red zone after the Blue Devils scored just one touchdown on three trips inside the 20 last Saturday against Notre Dame. But Duke struggled again in that area against the Eagles, going scoreless and turning the ball over twice on its three red-zone trips. Both of Brice’s interceptions also came in Boston College territory.

“We pushed the ball, we were throwing and catching and got down to the red zone,” Brice said. “We just didn’t finish. Poor job of finishing today. Turned the ball over in key situations where we needed points. A lot of it was self-inflicted. We have to be better.”

In an effort to raise awareness for social justice issues, Duke again wore helmets featuring the capital-D shaped logo in black and a fist logo on the back, just as it did against Notre Dame. Boston College’s helmets included a white sticker on the back with the word “equality” in black letters.

Duke: The Blue Devils visit Virginia next Saturday in a game that was initially scheduled for Nov. 14, but was moved up after the Cavaliers’ season opener was postponed due to COVID-19 issues at Virginia Tech.