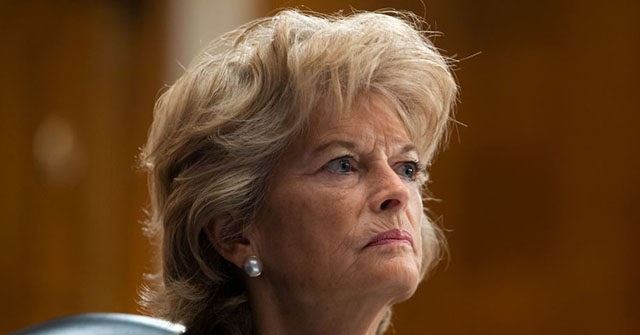 Sen. Lisa Murkowski (R-AK) said this week before Justice Ruth Bader Ginsburg’s death on Friday that she would not vote for a Supreme Court nominee until after the 2020 election.

Ginsburg died at the age of 87 from complications of pancreatic cancer at her Washington, DC, home.

Murkowski said in a statement after Ginsburg’s passing that the late Supreme Court justice was a “trailblazer” among women and was “deeply saddened” at the news of her passing.

“I have the greatest respect for her as a trailblazer among women,” Murkowski said Friday. “I am personally deeply saddened by her passing and know that women around the world who have also admired her tenacity and spirit feel the same.”

“Tonight we mourn her passing and turn to honoring her life and legacy,” she added.

Her comments in the statement regarding Ginsburg’s passing said nothing about nominating a successor to the Supreme Court.

But in an interview with Alaska Public Media shortly before the announcement, she said that should a vacancy come up on the Supreme Court, she would not vote for a Supreme Court nominee until after Election Day.

“I would not vote to confirm a Supreme Court nominee. We are 50 some days away from an election,” she told Alaska Public Media.

During the interview, Murkowski based her decision on precedent, citing the situation former President Barack Obama had when he nominated D.C. Circuit Court of Appeals Chief Judge Merrick Garland to the Supreme Court.

Senate Majority Leader Mitch McConnell (R-KY) said at the time that he refused to hold a vote to confirm Garland until after the 2016 presidential election.

But McConnell, just hours after Ginsburg’s death, also paid tribute to Ginsburg and said that the Senate would hold a vote to confirm whomever President Donald Trump nominates as Ginsburg’s replacement.

“Since the 1880s, no Senate has confirmed an opposite-party president’s Supreme Court nominee in a presidential election year,” he said.

“By contrast, Americans reelected our majority in 2016 and expanded it in 2018 because we pledged to work with President Trump and support his agenda, particularly his outstanding appointments to the federal judiciary,” McConnell continued.

“Once again, we will keep our promise,” he said. “President Trump’s nominee will receive a vote on the floor of the United States Senate.”