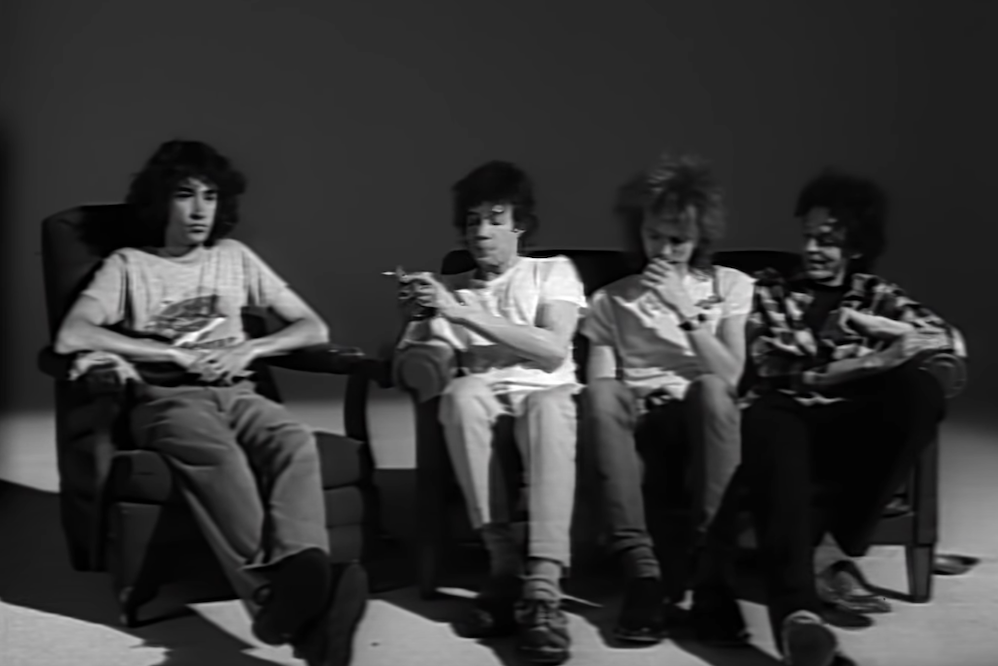 As the release date of their Pleased to Meet Me deluxe edition set looms closer, the Replacements are continuing to get fans excited by sharing never before released material from that era. After sharing two demos last month (“I Don’t Know” and “I.O.U.“) the band premiered a new video for the track “Can’t Hardly Wait.”

The updated visuals may look familiar to fans: they’re constructed from the same 1987 footage that was used for two other videos during Pleased to Meet Me’s initial rollout. The film was originally shot for “The Ledge;” however, that video was infamously pulled from MTV for “objectionable song content,” so the band re-used it for the follow-up, “Alex Chilton.” Its latest iteration comes with an HD resolution upgrade and remastered audio.

The Replacements’ Pleased to Meet Me deluxe edition comprises 55 tracks, 29 of which are previously unreleased demos, outtakes, and rarities. “The music is presented in a 12 x 12 hardcover book loaded with dozens of rarely seen photos along with a detailed history of the Pleased To Meet Me era written by Bob Mehr, who authored The New York Times bestseller, Trouble Boys: The True Story of the Replacements,” reads a press release. The collection is slated for an Oct. 9 release.