Sen. Lamar Alexander, R-Tenn., doesn’t think Democrats would be complaining about the president getting to nominate another Supreme Court justice during an election year if they were the ones in control of the White House and Senate

In a statement obtained by Fox News, Alexander claimed that Democrats would move forward with finding someone to fill the seat left vacant by the death on Friday of Ruth Bader Ginsburg if they were in the Republicans’ position.

“No one should be surprised that a Republican Senate majority would vote on a Republican President’s Supreme Court nomination, even during a presidential election year,” said Alexander, who is retiring this year. “The Constitution gives senators the power to do it. The voters who elected them expect it.”

“Going back to George Washington, the Senate has confirmed many nominees to the Supreme Court during a presidential election year. It has refused to confirm several when the President and Senate majority were of different parties,” Alexander added. “Senator McConnell is only doing what Democrat leaders have said they would do if the shoe were on the other foot.” 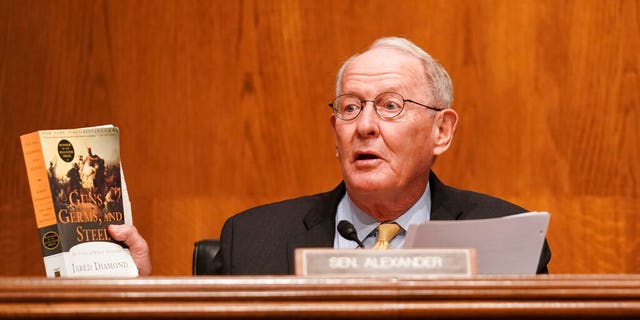 Alexander argued that the Senate has in the past voted on justices in a presidential election year while refusing to confirm others when the president and senate majority were of different parties.

He added: “I have voted to confirm Justices Roberts, Alito, Sotomayor, Gorsuch and Kavanaugh based upon their intelligence, character and temperament. I will apply the same standard when I consider President Trump’s nomination to replace Justice Ginsburg.”

President Trump is expected to announce his nomination for Ginsburg’s replacement within days and the Senate will likely to move quickly on the confirmation process.

McConnell has said that the president’s nominee “will receive a vote on the floor of the United States Senate” but has been careful about not saying when that will happen.

Republicans currently hold a 53-47 majority in the Senate. So far, Republican Sens. Susan Collins of Maine and Lisa Murkowski of Alaska have both said they won’t support a confirmation vote before Election Day.