EXCLUSIVE: Microsoft founder Bill Gates said in an exclusive “Fox News Sunday” interview that he believes the United States will be able to get back to normal life around summer 2021 due to progress made on vaccines and he’s “optimistic” the coronavirus pandemic “won’t last indefinitely” — although he also panned President Trump’s handling of the health crisis and said the coronavirus caused “huge setbacks” in human progress in poorer countries.

Gates’ interview with host Chris Wallace came as the tech titan’s charitable foundation is giving $650 million to fight the disease, which is the largest commitment by any independent foundation. Gates told Wallace that much of that money is going toward ensuring that once vaccines are approved, they are able to be manufactured for poor countries as well as more developed countries like the United States.

Gates said that during the coronavirus pandemic, vaccination rates have dropped by 14% in developing countries, erasing 20 years of progress, and that for the first time in years “extreme poverty” is increasing, causing ill-effects on education, mental health, and other indicators that he said is “much greater than I expected.”

“We’re helping seed some R&D money very quickly for the best vaccine approaches, and then making sure that, when we get a vaccine, it’s not just for the rich countries,” Gates said of his foundation’s efforts. 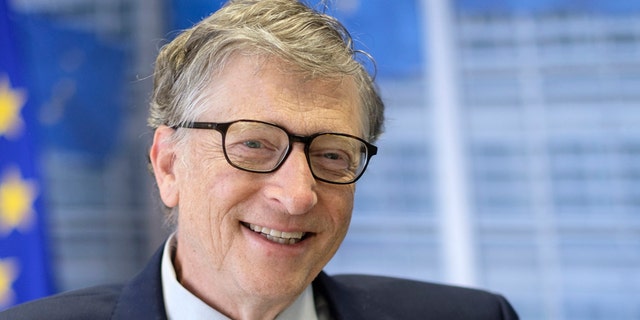 Co-Founder of Microsoft Bill Gates answered questions during an interview on at the EU Commission Headquarters in Brussels, Belgium in 2018. Gates said on “Fox News Sunday” that (Photo by Thierry Monasse/Getty Images)

He added that stomping out the pandemic worldwide will help ensure “that the pandemic isn’t just constantly coming back to the United States.”

Gates said he expects vaccine approvals to come by early 2021, as White House Coronavirus Task Force member Dr. Anthony Fauci and many others in the government said is a realistic timeline at the rate trials are currently moving. If that is the case, Gates said, “then by next summer the U.S. will be starting to go back to normal. And by the end of the year, our activities can be fairly normal, if we’re also helping these other countries.”

He added: “The end of the epidemic, best case is probably 2022. But during 2021, the numbers, we should be able to drive them down, if we take the global approach. So, you know, thank goodness vaccine technology was there, that the funding came up, that the companies put their best people on it. That’s why I’m optimistic this won’t last indefinitely.”

Fauci and others have said the major challenge on vaccines goes beyond just having a safe and effective vaccine, and Gates said there could be “three or four” safe and effective formulas that get Food and Drug Administration approval. The government and vaccine-makers will have to mass-manufacture vaccine doses and distribute them widely, making decisions along the way about who gets doses first. Gates said he is disappointed in the United States for not putting in efforts to make and distribute vaccines in poorer countries. 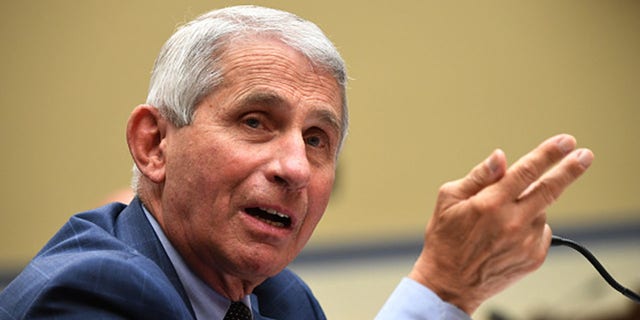 Dr. Anthony Fauci, director of the National Institute for Allergy and Infectious Diseases, testifies before a House Subcommittee on the Coronavirus Crisis hearing on July 31, 2020 in Washington, DC. Fauci has repeatedly said one or more coronavirus vaccines are likely to be approved by late 2020 or early 2021. (Photo by Kevin Dietsch-Pool/Getty Images)

“The place the U.S. has not shown up is in this issue of helping to buy the vaccine for these developing countries,” he said. “Now, that vehicle doesn’t look like it’ll come to fruition. You know, so maybe the continuing resolution — you know, we’re hoping to get that organized.”

Gates added, once vaccines are proven: “[T]he challenge will be, OK, how do you allocate it? The way to answer that challenge is just to get so much volume that you’re not having to make really terrible tradeoffs. You know… if you distribute equitably, you have half as many deaths than if you just give to — only to the rich.”

Gates during the interview also criticized the Trump administration’s coronavirus response in more general terms, and specifically said that the early travel bans issued on China in January and Europe in March may have actually exacerbated coronavirus spread.

The U.S. government’s effort to quickly test and manufacture vaccines is called “Operation Warp Speed.” Officials have said that as several potential vaccines are currently going through testing to ensure their safety and efficacy, there are already doses being manufactured so that once they are approved they can immediately be widely distributed.

A political fight has broken out over the efforts to speed along vaccines, with Democrats casting doubt over whether President Trump might push an unsafe vaccine on the American people for political reasons. Republicans have accused Democrats of irresponsible rhetoric that may drive down the number of Americans willing to take a vaccine once one or more formulas are approved. 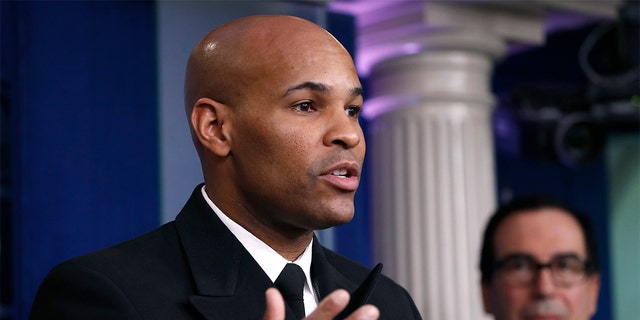 U.S. Surgeon General Jerome Adams speaks during a briefing on coronavirus in the Brady press briefing room at the White House, Saturday, March 14, 2020, in Washington, as Treasury Secretary Steven Mnuchin listens. Adams has said in no uncertain terms that any coronavirus vaccine distributed to Americans will be safe and effective. (AP Photo/Alex Brandon)

But Surgeon General Jerome Adams has sworn that any vaccines given to the American people will be safe. He made especially frank comments under questioning from Sen. Bernie Sanders, I-Vt., during a Senate Health, Education, Labor and Pensions hearing this month. Sanders said he was satisfied with the surgeon general’s answer.

“There will be no shortcuts. This vaccine will be safe. It will be effective. Or it won’t get moved along. And when a vaccine is either approved or authorized by the FDA, I and my family will be in line to get it,” Adams said.

Thank you,” Sanders replied. “I think that’s the kind of answer that the American people are looking toward hearing.”