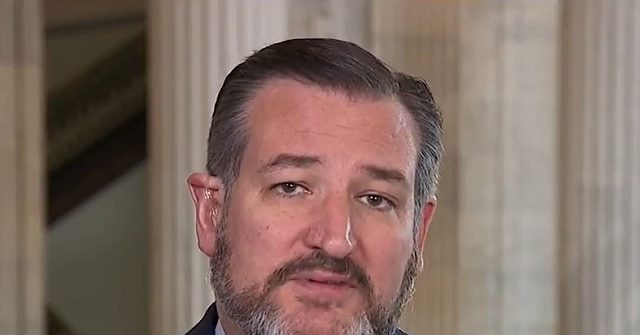 Cruz said such action was justified by the U.S. Senate, given the possibility the high court would have to weigh in on the presidential election.

STEPHANOPOULOS: Do you have the votes now to have — to confirm before the election?

CRUZ: You know, I don’t know. I don’t know the answer to that. I believe we will. I think it is particularly important that the Senate take it up and confirm this – this nomination before the election.

STEPHANOPOULOS: Senator, I have to stop you. As you know, it is — it’s President Trump who has been the one talking about rigged elections. Joe Biden has not explicitly said he’s — he’s going to challenge the election. Of course, they’re going to have teams of lawyers, as every campaign always does, to look at irregularities…

STEPHANOPOULOS: I was asking if you said Joe Biden explicitly said it. He hasn’t said it.

STEPHANOPOULOS: I did not challenge your statement about Senator Clinton.

CRUZ: OK. So you agree Hillary has said “Under no circumstances concede.” Joe Biden has also hired a legal team headed by Supreme Court advocates. They intend to challenge this…

STEPHANOPOULOS: As has President Trump.

CRUZ: This is a topic — this is a topic — you know, 20 years ago I was part of the legal team that litigated Bush v. Gore for George W. Bush. I was a young lawyer then. In fact, I just wrote a book that’s coming out in a couple of weeks called “One Vote Away: How a Single Supreme Court Seat Can Change History.”

And one of the chapters there talks about Bush v. Gore. It talks about the epic battle where Al Gore challenged the election results, and for 36 days, the country was held in chaos. Well, if Joe Biden does that again this year and we have an 8-8 (ph) court, an equally divided court, 4-4, can’t decide anything. That could make this presidential election drag on weeks and months and well into next year. That is an intolerable situation for the country. We need a full court on Election Day, given the very high likelihood that we’re going to see litigation that goes to the court. We need a Supreme Court that can give a definitive answer for the country.