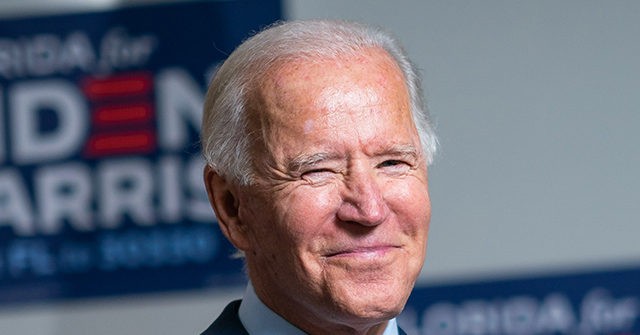 Joe Biden claimed on Sunday that, by the time he would be done speaking, 200 million Americans will have died from the coronavirus.

.@JoeBiden during speech honoring RBG: “And PERHAPS——most cruelly of all———if Donald Trump has his way, the complications from COVID-19, which are well beyond——what they should be. It’s estimated that 200 million people have died—probably by the time I—finish this talk.” pic.twitter.com/Vl3FCdPgSA

As Biden demanded inaction from the U.S. Senate on providing advice and consent on a potential Supreme Court nominee, he said, “It’s estimated 200 million people have died probably by the time I finish this talk.”

That would be roughly two-thirds of the country.

It’s not the first time Biden has had trouble with numbers this campaign.

In June, Biden claimed “over 120 million” have died from the virus before correcting himself, USA Today reported.

In February, the Democrat nominee asserted “150 million people have been killed since 2007” on the streets by guns.