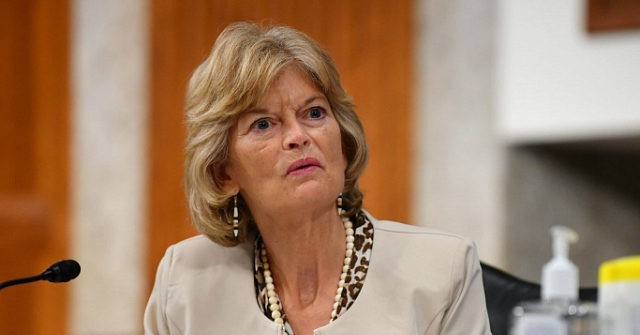 Republican Sen. Lisa Murkowski (R-AK) stated Sunday that the “same standard must apply” to fill the Supreme Court vacancy as it did in 2016.

Murkowski’s comments came in a statement released over the weekend after Supreme Court Justice Ruth Bader Ginsburg passed away at the age of 87 due to complications with pancreatic cancer. Recently, prior to knowing of Ginsburg’s condition, Murkowski said she would not support holding a vote to fill a vacancy until the 2020 presidential election was over.

“For weeks, I have stated that I would not support taking up a potential Supreme Court vacancy this close to the election,” Murkowski said. “Sadly, what was then a hypothetical is now our reality, but my position has not changed.”

“I did not support taking up a nomination eight months before the 2016 election to fill the vacancy created by the passing of Justice [Antonin] Scalia,” Murkowski added. “We are now even closer to the 2020 election, less than two months out, and I believe the same standard must apply.”

In 2016, Senate Republicans did not hold a vote for former President Barack Obama’s Supreme Court nominee Merrick Garland due to it being an election year.

Following the death of Ginsburg, Murkowski released a statement praising Ginsburg as a “true leader and pioneer.”

“I have the greatest respect for her as a trailblazer among women,” Murkowski said on Friday. “I am personally deeply saddened by her passing and know that women around the world who have also admired her tenacity and spirit feel the same.”

Murkowski’s comments similarly echo that of Republican Sen. Susan Collins, who announced over the weekend that she believes the next president should select Ginsburg’s replacement.

“Given the proximity of the presidential election … I do not believe that the Senate should vote on the nominee prior to the election,” Collins said in a statement on Saturday. “In fairness to the American people, who will either be re-electing the President or selecting a new one, the decision on a lifetime appointment to the Supreme Court should be made by the President who is elected on November 3rd.”

President Trump took a jab at Murkowski on Sunday morning with a tweet denouncing the Alaska Chamber’s Fall 2020 Forum in which she is set to take part.

“No thanks,” Trump wrote, quoting the Chamber’s tweet, which announced the event and featured a photo of Murkowski.