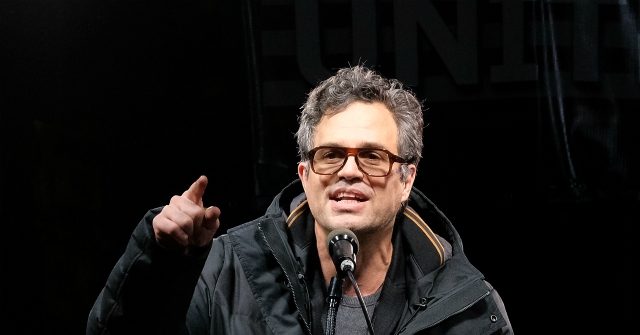 Actor Mark Ruffalo, who won his first Emmy Award Sunday for HBO’s I Know This Much Is True, urged people to cast their ballots in November for “love and compassion and kindness” during his impassioned acceptance speech.

The anti-Trump actor delivered a highly emotional speech in which he never mentioned the president or Joe Biden by name. But the commander in chief was the clear subtext in his rambling monologue.

“If you have privilege, you have to fight for those who are less fortunate, and more vulnerable,” he added. “Vote for love and compassion and kindness.”

The actor played identical twin brothers in the HBO miniseries, which was adapted from the Wally Lamb novel of the same name.

Mark Ruffalo said earlier this year that the world should consider President Donald Trump as “public enemy no. 1” in terms of climate change policy. He also said  “one way or another we are going to kick Trump’s ass.”