Mark Ruffalo just picked up his second Emmy award for outstanding lead actor in a limited series or movie for “I Know This Much Is True” on HBO.

The actor, 52, was blown away by his win and used his acceptance speech to encourage fans to vote in November.

“Our story is about family. It’s about a man who’s fighting for his brother, who’s living with mental illness. It’s a story that’s common throughout so much of the United States and the world today, and it asks a big question: How are we going to deal, and honor, and take care of each other, and our most vulnerable people? We do that with love and compassion, and we do that by fighting for them, and that’s what we have to do today,” Ruffalo said.

He continued: “We have to come together with love for each other, and if you have privilege, you have to fight for those who are less fortunate and more vulnerable. That’s what’s great about America, our diversity, and the one thing I’ve learned in my family is that we are stronger together, when we love each other and we respect each other’s diversity. 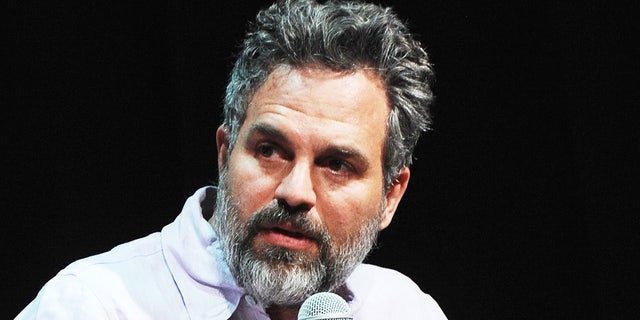 “Avengers: Endgame” star Mark Ruffalo serves as an executive producer and star of upcoming HBO series “I Know This Much Is True.” He delivered a passionate speech about voting when accepting the Emmy award for outstanding lead actor in a limited series. (Desiree Navarro/Getty Images)

“We have a big, important moment ahead of us. Are we going to be a country of division and hatred, a country only for a certain kind of people, or are we going to be one of love and strength, fighting so all of us have the American dream?” he said. “That’s what we’re facing right now, so go out and vote for compassion and kindness.”

“Our show at its core is about the transformational effects of love and acceptance and that is something we need more of now than we’ve ever needed before,” he said.

“For any of you who have not registered to vote, please do so. And then go out and vote because that is the only way we are going to have some love and acceptance out there. Please do that. I’m so sorry for making this political but I had to,” he added.

Similarly, fresh off of her win for outstanding lead actress in a limited series or movie for her role in “Watchmen,” Regina King called on Americans to exercise their right to vote.

“Gotta vote. I would be remiss not to mention that, being a part of a show as prescient as Watchmen,” the actress said. “Have a voting plan, go to ballotpedia.com, vote up the ballot, please. Go to ballotpedia.com and find out who are voting in your municipal elections. It is very important.”