Two names have been emerging from the list of Supreme Court contenders President Trump is said to be considering following the death of Justice Ruth Bader Ginsburg, according to reports.

Judges Amy Coney Barrett in Chicago and Barbara Lagoa in Atlanta are said to top the list.

Trump told a North Carolina rally crowd Saturday night that he intended to nominate a woman to succeed Ginsburg, who died Friday at age 87 after a battle with pancreatic cancer.

“It will be a woman — a very talented, very brilliant woman,” Trump said of his potential choice. “I think it should be a woman. I actually like women much more than I like men.”

“It will be a woman — a very talented, very brilliant woman. I think it should be a woman.”

Barrett, 48, a judge with the Chicago-based U.S. Court of Appeals for the Seventh Circuit, is a conservative, pro-life Roman Catholic who clerked for late Justice Antonin Scalia after she graduated from law school.

SUPREME COURT NOMINEES IF BIDEN WINS: WHO MIGHT BE CONSIDERED

The New Orleans native was appointed by Trump to the Seventh Circuit in 2017. She taught law at the University of Notre Dame for 15 years but had no other judicial background, according to the Washington Post.

She believes in originalism, the idea that judges should interpret the Constitution as the Founding Fathers intended. 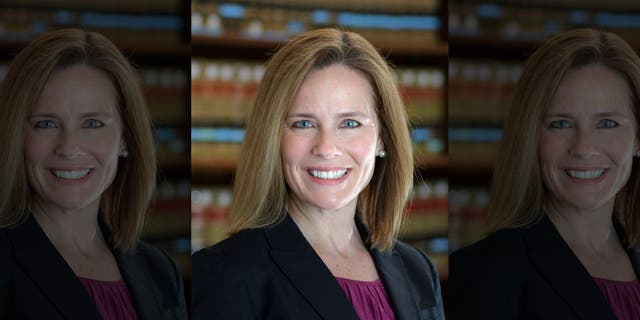 Judge Amy Coney Barrett is seen in a 2017 photo. (University of Notre Dame Law School via The Associated Press)

During her confirmation hearing to the Seventh Circuit, she said she wouldn’t let her personal religious beliefs affect her judicial decisions and would consider rulings like Roe. V Wade binding precedent, although experts have said she would likely support overturning it, the newspaper reported.

Lagoa, 52, on the other hand, has an extensive judicial background. 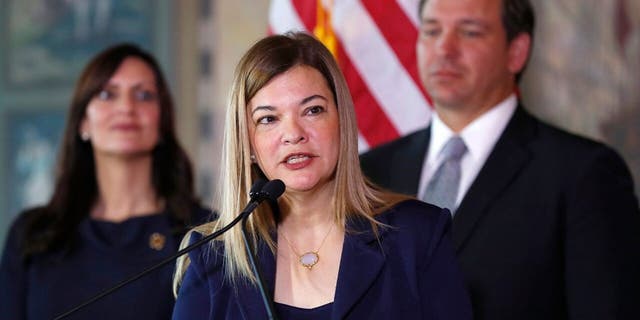 The Miami native was nominated in 2006 by then-Gov. Jeb Bush to Florida’s 3rd District Court of Appeals, where she served for more than a decade before being elevated briefly to the state’s Supreme Court. Last year, Trump nominated her to the Atlanta-based U.S. Court of Appeals for the 11th Circuit and she was easily confirmed, according to USA Today.

Lagoa is a member of the conservative Federalist Society and is backed by Florida Gov. Ron DeSantis but some have questioned her conservative credentials, especially on abortion, according to Politico.

She’s also a Roman Catholic and of Cuban descent, which could help Trump in November.