More bombshell evidence that aliens have touched down and our own government has teamed up with them to RULE US ALL … that is, if you buy what this UFO hunter’s selling.

This guy named Scott C. Waring — a self-described expert in the field of ufology — recently claimed that he spotted what he says is a roughly 52-foot tall structure on the premises of Area 51, out in Nevada — which appears … almost human-like, and possibly alien made??? 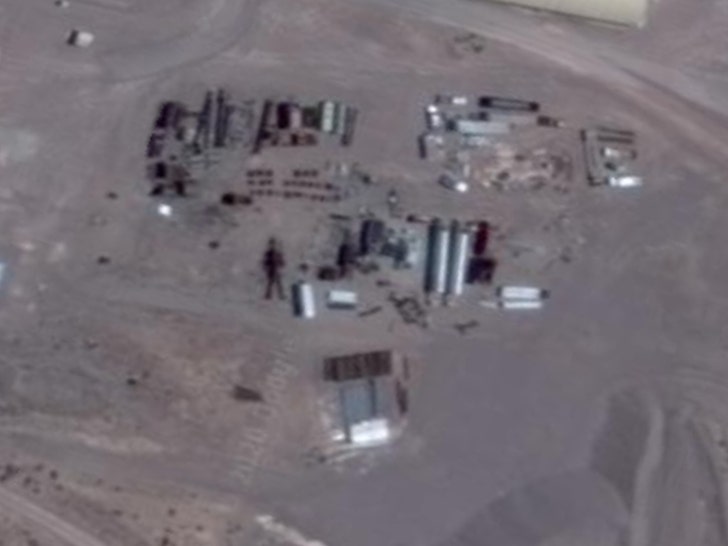 That’s what Waring here is kinda implying. He wrote in a blog post, “I found a 16 meter dark figure in Area 51 and there seems to be another to the right of it, but shorter,” adding … “When I checked through the past photos of that location, I notice that the figure actually moves onto its side, then changes its poses in each photo. It actually moves.”

He theorizes this thing was manufactured by aliens, captured by American forces and is being explored to use for possible missions. So in other words, AT-AT Walkers (ish).

While this could merely be a shadow (or nothing at all), heck … maybe it IS aliens. We’ve already seen some seemingly credible UFO sightings in this wild year of 2020.

With everything else that’s happened so far, sure … we could buy giant alien robots. Bring on the invasion!!!