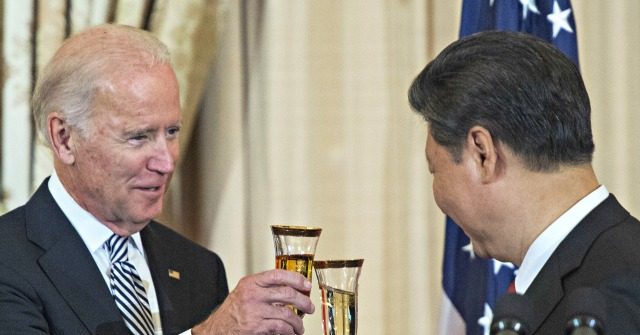 President Donald Trump on Monday warned workers in Ohio that former Vice President Joe Biden was a “globalist” who would return to selling out the country if he was elected president.

“Biden is a die-hard globalist,” Trump said at a speech to Ohio workers in Dayton on Monday. “You know globalists are out. You know that right? Globalists helped destroy this country.”

If Biden was elected back into power, Trump said, more manufacturing jobs would be lost.

He noted that Biden’s support for international trade deals and his support of China to join the World Trade Organization helped destroy 60,000 factories and 4.5 million manufacturing jobs in the United States.

“Joe Biden should not be asking for your support, he should be begging for your forgiveness,” Trump said.

Trump noted that Biden was always criticizing him for failing to take certain actions during his presidency.

“I keep saying, ‘Uhh, why didn’t you do it?” Trump continued.