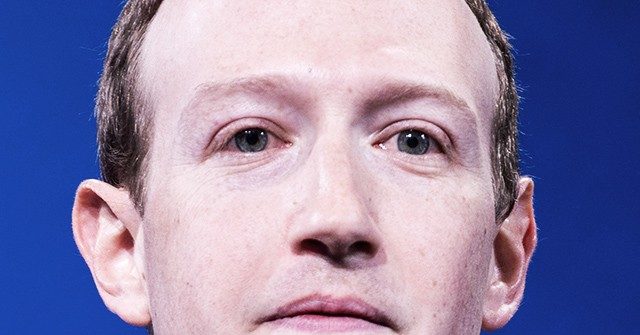 “One of the things that I think we and other media need to start doing is preparing the American people that there’s nothing illegitimate about this election taking additional days, or even weeks to make sure that all of the votes are counted.”

Those were Mark Zuckerberg’s words in a recent video with Axios on HBO.

Silicon Valley tech whizz kids aren’t known for their social skills, so perhaps Zuckerberg revealed more than he meant to.

Nevertheless, the elites’ plan for you, the American public, is now laid bare. This is going to be the most rigged, manipulated election in history — and they are going to “prepare” you ahead of time. They are going to make you think it’s normal.

In fact, Zuckerberg went further. He said that Facebook plans to tell the American public that claiming victory on election night is not normal.

“If one of the candidates in any of the races claims victory before there’s a consensus result, then we’re going to add some informational context to that post directly saying that there’s no consensus result yet.”

Zuckerberg and other progressive elites are aware that a Biden victory could hinge on vote-by-mail. They also know how vulnerable vote-by-mail is to fraud.

Democrats, in particular, are aware of this, because they take advantage of it. A former operative for the party turned whistleblower recently told the New York Post how he spent years leading a team of staff that replaced voters’ mail-in ballots with fraudulent ones, paid homeless people to vote for Democrats, and made connections with nursing homes so that they could fill out ballots on behalf of elderly residents.

A local news station in Pennsylvania, a swing state, conducted a vote-by-mail experiment that showed up to 3 percent of mock ballots were lost in the mail — a margin that could easily influence a tight race.

In Michigan’s primary election, over 10,000 ballots were rejected — 846 because the voter linked to the ballot was dead.

The mainstream media has largely ignored these bombshell stories exposing the vulnerabilities of the system, because they have no interest in making them widely known. They want a Democrat win, and the Democrats are all-in on cheat-by-mail.

But cheat-by-mail isn’t the only factor that could make this a rigged election.

As Zuckerberg no doubt knows, Big Tech’s stranglehold on the flow of information will also manipulate votes in favor of the Democrats. In interviews for my book, #DELETED: Big Tech’s Battle to Erase the Trump Movement and Steal The Election, sources inside Facebook, Google, and other big tech companies spoke of a relentless effort inside Silicon Valley to harness technology to prevent the re-election of Donald Trump, often in ways that can’t be detected from the outside.

Over the past four years, Facebook has banned countless pro-Trump voices from its platform, preventing some of the President’s most vocal and effective supporters from spreading their message to voters on Facebook.

Conservative media still does well on Facebook, for example, but high engagement levels from fans of conservative media doesn’t tell us anything about how often conservative messages and conservative links reach undecided voters on the platform. Facebook could quite easily stop that from happening — there is no law or system of oversight preventing them from doing so — and it would be difficult to detect such an effort if they did.

Like Facebook, Google is going to suppress information that “suggests voting outcomes.” The world’s most powerful conduit of information will have an “Intelligence Desk” monitoring election-related information around the clock, presumably to make sure the “wrong” information doesn’t reach voters. Google also recently announced that that it plans to block certain election-related search results if Google deems them misinformation. But who is there to oversee Google’s time-critical decisions about what is and what is not misinformation?

This is the first time the tech giant has openly admitted to meddling in political search suggestions, even though the company has been caught doing it on multiple occasions. The company removed negative search suggestions about Hillary Clinton in 2016, and, more recently, did the same for Black Lives Matter.

Psychologist Dr. Robert Epstein has, for several years, conducted experiments showing the vast impact that this type of search manipulation can have on undecided voters. In a recent interview with Glenn Beck, he warned that “millions” of votes could be shifted.

“This is very powerful,” said the psychologist. “You just suppress negatives, when you’re showing people [search] suggestions, you suppress negatives for the candidate, or the cause, or the company that you support … and that shifts hundreds of thousands, and ultimately millions of votes. It shifts the votes of people who are undecided.”

Dr. Epstein also warned of the potential influence of YouTube, another Google-owned platform with vast reach.

“70 percent of the videos that people watch on YouTube around the world … are suggested by their ‘up next’ algorithm,” said Epstein. “The power they have to shift opinions and votes is unbelievable.”

“If you’re strongly opinionated, yeah, they’re just going to feed you what you want because they can keep your eyes on the screen and that’s traffic, that’s worth money… The issue is, what are they showing the undecided people, the vulnerable people, the uncommitted people? How much power do they have to shift opinions, purchases, votes, with those people? I am telling you, I think this is going to be the largest behavioral effect ever discovered.”

Epstein is currently raising funds for a monitoring project that he hopes will be able to detect Google’s attempts to manipulate political search results and influence undecided voters. Such efforts are sorely needed to stop the tech giant, whose executives denounced the 2016 election result as “offensive” and declared their intention to make the populist movement a “blip” in history.

The least influential of the big social platforms, Twitter still reaches millions of Americans. It’s also important because it’s President Trump’s megaphone — his way of bypassing the mainstream media and getting his message directly to supporters.

Twitter, like Facebook, says it will censor politicians that claim an “early victory” on election night — a measure clearly announced in anticipation of large numbers of mail-in votes not being counted until after the election.

And let’s not forget that Twitter picked this year, the election year, to start regularly censoring the President’s tweets. The President’s messages about Coronavirus, mail-in votes, and the violent riots have all faced censorship by the platform.

It’s hard not to draw parallels between the behavior of America’s tech elites and authoritarian nations like Turkey and China, which tightly control the flow of online information. On election night, only the elites’ version of events will be allowed to proliferate online. If the results are in question, the masses will be prevented from seeking out their own answers. Elites hope that you’ll accept the Democrat-CNN-Big Tech narrative, because you won’t be able to find any other narrative.

At a time of such profound manipulation by the tech giants, remember to bookmark www.breitbart.com in advance of election night, and keep a note of all the undecided, independent voters you know too. The big tech platforms won’t let conservative messages reach the masses — so, with the old-school devices of email, text, and word of mouth, ordinary grassroots conservatives will have to pick up the slack. With the technological might of Silicon Valley on their side, elites are more powerful than ever before. But the power of the people can still beat them.

Allum Bokhari is the senior technology correspondent at Breitbart News. His upcoming book, #DELETED: Big Tech’s Battle to Erase the Trump Movement and Steal The Election, which contains exclusive interviews with sources inside Google, Facebook, and other tech companies,  will be released on September 22 and is currently available for preorder.