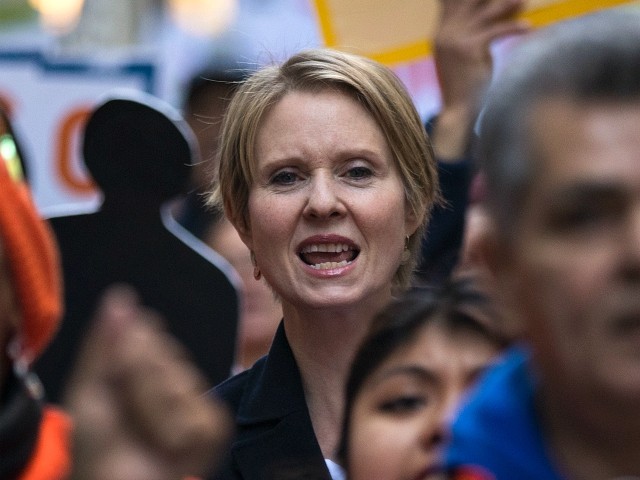 Actress and failed New York gubernatorial candidate Cynthia Nixon is claiming that President Donald Trump’s election and the coronavirus pandemic have uncovered a “retrograde” white supremacy in the United States.

In an interview with the fashion magazine Grazia, the former Sex and the City star also bemoaned how Trump and the virus have shown just “how deeply conservative a country we are.”

“So much of the election of Donald Trump and the pandemic has exposed not only how deeply conservative a country we are, but how retrograde we are, particularly when it comes to white supremacy,” she told Grazia, without citing evidence.

When asked about the November election, the actress expressed guarded optimism that the president won’t be re-elected.

“I am hopeful. I cannot imagine we would re-elect him,’ she said. “But I could not imagine we would have elected him in the first place. I’m worried he is deliberately trying to provoke unrest and be seen as the law and order candidate and that will scare people into re-electing him.”

Nixon is no stranger to using incendiary political language. When she ran for governor of New York in 2018, Nixon smeared U.S. Immigration and Customs Enforcement (ICE) as a “terrorist organization.” “ICE has strayed so far away from its mission. It is supposed to be here to keep Americans safe but what it has turned into frankly is a terrorist organization of its own that is terrorizing people who are coming to this country,” she reportedly said at a campaign event.

The actress ultimately lost the Democratic governor primary to incumbent Andrew Cuomo. Looking back on her candidacy, the actress said that it was exhausting.

“I’m a high-adrenaline person but I’ve never experienced anything like the constant adrenaline of that campaign,’ she recalled. “It took my wife [Christine Marinoni] and I months to recover. In the days after the election, I just sat on my couch and I never do that. It reminded me of being pregnant.”

Nixon also reminisced about Sex and the City, noting that the popular HBO series lacked racial and economic diversity.