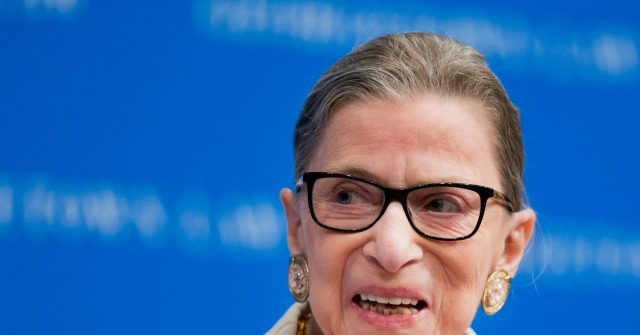 The late Justice Ruth Bader Ginsburg argued in 2016 that the United States Senate should respect that a president’s constitutional power is for “four years, not three years,” when considering Supreme Court appointments.

Ginsburg, whose passing last week has created a standoff between Republicans and Democrats over who should fill her vacant Supreme Court post, was asked while giving an address to the Georgetown University Law Center if there were any “constitutional arguments that would prevent” a president from a filling a seat on the nation’s highest court during an election year. The question, in particular, was posed in the context of then-President Barack Obama nominating Circuit Court Judge Merrick Garland to replace Anton Scalia, a long-serving conservative jurist.

“As you know, the president has the authority to name appointees to the Supreme Court, but he has to do so with the advice and consent of the Senate,” Ginsburg responded. And if the Senate doesn’t act, as this current Senate is not acting, what can be done about it?”

The justice proceeded to argue that although there was likely no legal remedy to force the Senate Republicans to act on Garland’s nomination, she hoped “cooler heads will prevail” given the constitutional powers granted to the executive branch.

“The president is elected for four years, not three years,” she added. “So the power that he has in year three continues into year four, and maybe some members of the Senate will wake up and appreciate that that’s how it should be.”

Ginsburg’s comments to the Georgetown audience were similar to ones the justice had made in July of that year when asked if the Senate had an “obligation to assess” Garland’s nomination.

“That’s their job,” the justice told the New York Times. “There’s nothing in the Constitution that says the president stops being president in his last year.”

The late jurist’s remarks come back into the spotlight as NRP reports that in her final days, Ginsburg dictated a statement to her family in which she expressed hope that her seat would be held vacant until a new administration takes office.

“My most fervent wish is that I will not be replaced until a new president is installed,” Ginsburg told her granddaughter shortly before her passing.

Even before that information became public, Democrats had begun mobilizing to keep President Donald Trump from filling her seat on the Supreme Court. The move, in part, is strategic, as many fear that a Trump appointee will cement a 6-to-3 conservative majority on the nation’s highest court for the foreseeable future.

In order to prevent such an outcome, Democrats are attempting to obstruct the congressional confirmation process until January, in hopes that former Vice President Joe Biden will win the upcoming election and be able to propose his own candidate. Part of the effort relies on the precedent that Senate Majority Mitch McConnell (R-KY) set in 2016 when refusing to schedule hearings on Garland’s nomination.

Biden, himself, made such an argument last week during a press conference in Wilmington, Delaware, shortly after Ginsburg’s passing was made public.