If you’re looking to live in the happiest state, you’ll need to move to Hawaii.

At least that’s what personal finance website WalletHub determined in its “2020’s Happiest States in America” report, which was released on Tuesday.

MAN’S SURFBOARD, LOST IN HAWAII, FOUND 5,000 MILES AWAY IN PHILIPPINES

The Aloha State scored the top spot on a 100-point scale after being evaluated across 32 metrics, including the statewide depression and divorce rates, income and more. The state’s strongest categories were in “emotional and physical well-being” and “community and environment,” which ranked in 2nd and 3rd place, respectively.

In the “work environment” category, Hawaii’s edge dropped to 16th place out of the 50 U.S. states.

HAWAII TO ALLOW TRAVELERS TO SKIP QUARANTINE WITH CORONAVIRUS TEST 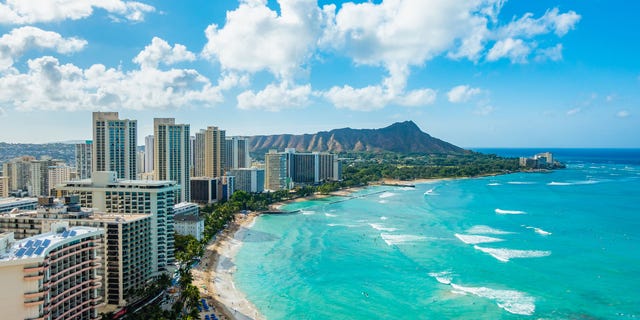 Rounding out the top 5 happiest states on the list are Minnesota, New Jersey and Maryland.

At the bottom of the proverbial barrel, Kentucky, Louisiana, Oklahoma, Arkansas and West Virginia were listed last on the happiness state rank.

HAWAII MAIL-IN VOTING: WHAT TO KNOW

“Happiness is a feeling of joy, contentment, and overall positive emotions,” said Dr. Chieh-Chen Bowen, a director of the department of psychology at Cleveland State University, regarding WalletHub’s findings. “Happiness is a universal goal. We all want to be happy and want such feelings to last.”

She noted that psychologically, happiness largely stems from feeling connected to family and friends in addition to finding purpose.

Not so good for Hawaiians, however, is that the state has the lowest adequate-sleep rate out of the 50 states.

West Virginia, Kentucky, Tennessee and Ohio were noted to be slightly better off in this category, out of the bottom five spots in this group.