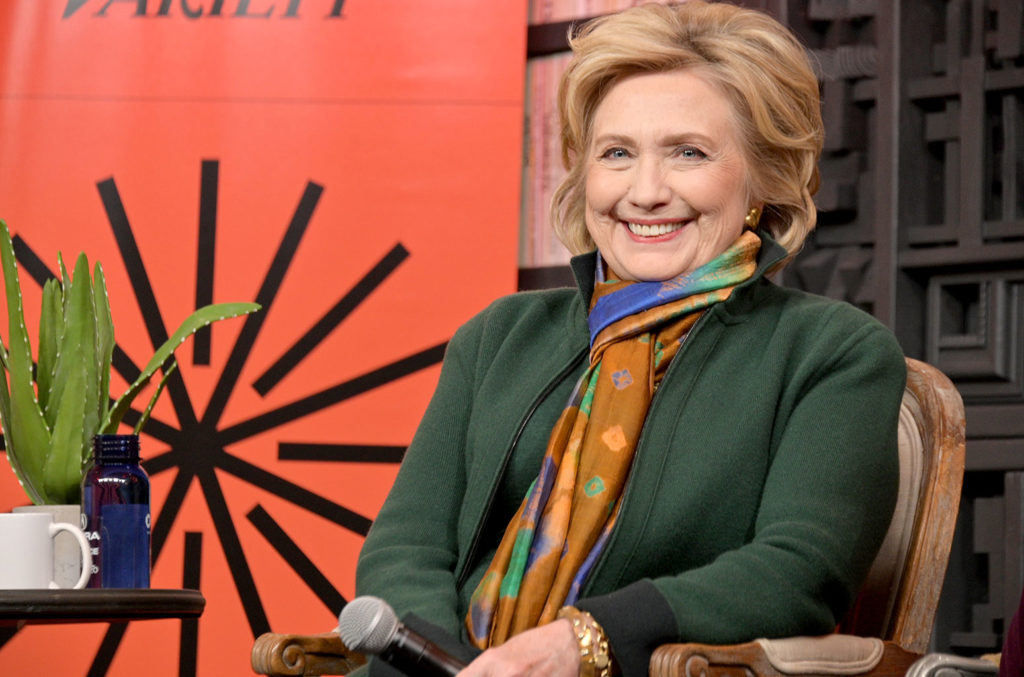 The 24-episode show will feature conversations between the former Secretary of State and Gloria Steinem, Samin Nosrat, Patton Oswalt and more.

iHeartRadio is sharing new details about its upcoming podcast with Hillary Clinton.

The former Secretary of State will launch You and Me Both on Sept. 29. In the 24-episode show, which Clinton will host, she will interview a range of guests, from Gloria Steinem to Samin Nosrat to Patton Oswalt. Other interviewees will include Stacey Abrams, Ann Friedman, Sarah Cooper and Tan France. It will cover a number of topics, including the political issues of the moment, faith and grief.

“I’m excited to bring these eye-opening, powerful, sometimes hilarious conversations to the forefront and open up new avenues of discussion with some of the people I find most fascinating,” Clinton said in a statement. “This podcast is a chance to talk about subjects that are too often overlooked and share the inspiration and education I’ve gotten from my guests.”

Clinton has been working on the podcast since earlier this year, when news first broke that she had teamed up with iHeartRadio for the show. Her past podcast efforts including project With Her, which she launched during her 2016 run for president.

You and Me Both joins a lineup of iHeartPodcast Network originals that include Next Question with Katie Couric, The Ron Burgundy Podcast and Stuff You Should Know. The company also has audio deals in place with Shonda Rhimes, Charlamagne Tha God and Jason Blum’s Blumhouse.

“Hillary, being the first woman on the ballot in a general election for president, is one of the great political leaders of our time, and we are delighted to partner with her on this project,” said Conal Byrne, President of the iHeartPodcast Network. “You and Me Both will provide listeners with an astute, nuanced look at what’s happening in the world right now — and Hillary is the perfect moderator for those discussions. We’re excited to incorporate her voice and unique perspective into the ever-expanding library of iHeartRadio Originals.”

The Clinton podcast comes after a summer in which another former first lady, Michelle Obama, launched her podcast on Spotify. The Michelle Obama Podcast, in which she interviews friends, family and other people in her life, regularly sits atop Spotify’s podcast chart of most popular shows.

This article originally appeared on The Hollywood Reporter.