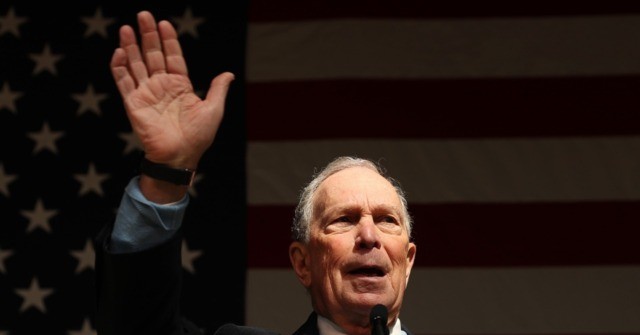 Bloomberg, who has committed at least $100 million to electing Biden in the state, raised the money from individuals and foundations over the last week, his advisers said. He saw the donations as a more cost-effective way of adding votes to the Democratic column than investing money to persuade voters who already have the right to vote, a Bloomberg memo said.

The Bloomberg effort, which will be pooled with about $5 million already raised by the Florida Rights Restoration Coalition, is narrowly focused only on Black and Hispanic voters who are already registered to vote and whose debts are less than $1,500.

Florida voters passed a constitutional amendment restoring the right to vote to convicted felons, though the legislature made that conditional on the payment of all outstanding fines to the state. There are some 775,000 felons who still owe money.

Theoretically, a white felon who wished to see his or her voting rights restored could challenge Bloomberg’s effort on the grounds of racial discrimination. Florida civil rights law bans discrimination on the basis of race.

Bloomberg spent $1 billion earlier this year on his short-lived presidential campaign, which ended after Super Tuesday. He faced criticism for his policy of “stop-and-frisk,” which was called racist, even though it was credited for reducing crime. After defending the policy for years, he apologized for it during the presidential primary.

He is currently being sued by former campaign staff for allegedly reneging on a promise to keep paying them through the November election.