Now is the time to visit a national park.

On Saturday, some national parks will waive their admission fees in celebration of National Public Lands Day, according to the National Park Service website.

National Public Lands Day happens every year on the fourth Saturday in September and this year, it falls on Sept. 26. 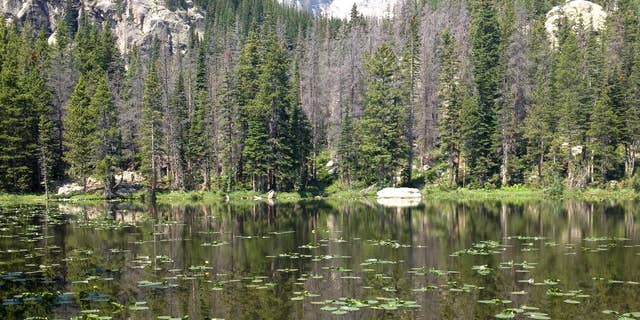 Rocky Mountain National Park (pictured) is one of many national parks that is waiving admission fees on Saturday to celebrate National Public Lands Day. (The Associated Press)

According to the NPS, National Public Lands Day was established in 1994 and “celebrates the connection between people and green space in their community, inspires environmental stewardship and encourages use of open space for education, recreation and health benefits.”

THAI NATIONAL PARK WILL COLLECT, MAIL LITTER BACK TO VISITORS WHO LEFT IT BEHIND

Aside from offering free admission, many national parks are also hosting volunteer events on Saturday, such as a trail maintenance day at Katahdin Woods and Waters National Monument in Maine, a “Litter Clean Up” day at Arches National Park in Utah and a bird count at Capulin Volcano National Monument in New Mexico.

Other agencies that host events for National Public Lands Day include the U.S. Fish and Wildlife Service, the Bureau of Land Management, the Bureau of Reclamation, the U.S. Forest Service and the U.S. Army Corps of Engineers.

Aside from National Public Lands Day, the NPS also has five other free entrance days during the year.