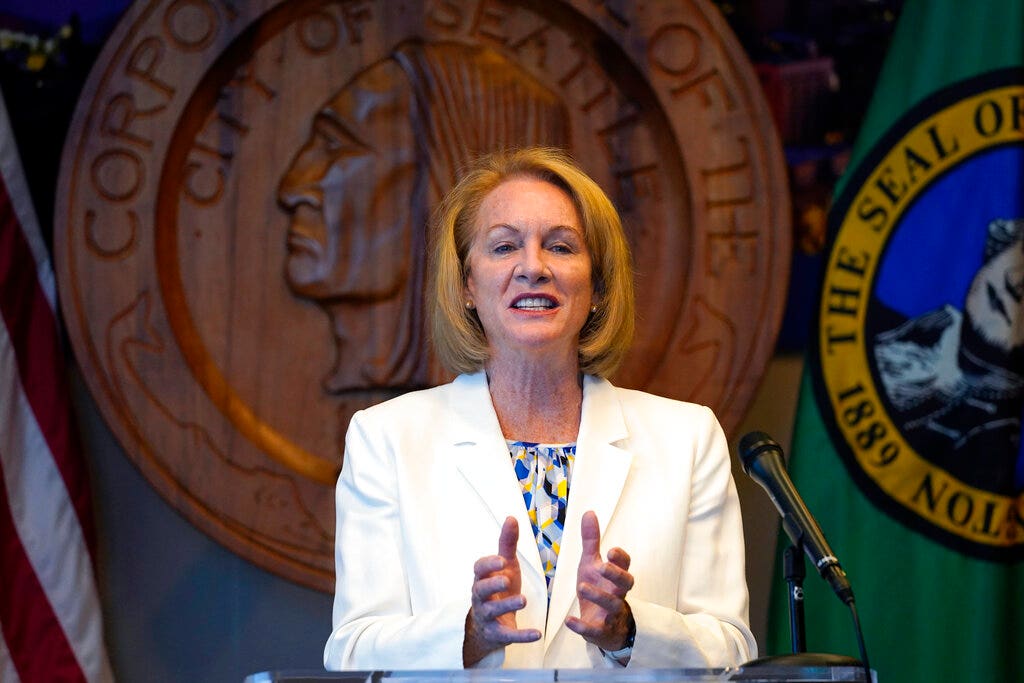 Seattle’s City Council voted 7-2 Tuesday evening to override Mayor Jenny Durkan‘s veto of a bill that would cut police funding by around $3 million.

“We cannot look away from this and we can no longer accept the status quo if we truly believe that Black lives matter,” Council President Lorena Gonzalez said, according to MyNorthwest.com.

The bill would also remove as many as 100 officers from various police units and limit staff pay to $150,000, The Seattle Times reported.

The council said the bill was a “downpayment” toward its effort to ultimately defund the department by 50%, which would likely happen next year.

The council had approved the cuts by 7-1 in August. The move prompted police Chief Carmen Best to retire, effective Sept. 2, claiming the planned cuts had placed her in a “position destined to fail.”

Best, the city’s first Black police chief, had been with the department for nearly three decades.

The council overrode the mayor’s veto on a total of three bills, which included reallocating $14 million to community safety programs, according to KING.

And if the veto override wasn’t successful, Gonzalez planned an alternate budget proposal that would limit cuts to the department and cut proposed community funding, MyNorthwest.com reported.

During an hour of public comments most speakers urged the council to override the veto in solidarity with Black Lives Matter, The Times reported.

“Everyone deserves to feel safe … Countless videos of Black and brown lives lost here in Seattle and across the country shows us that not everyone feels safe,” González added, according to the TImes. “We need public safety that’s centered on harm reduction, not the status quo. … “When I look back in this moment of time, I want to be able to tell my daughter, who I’m currently holding in my arms, that I did the right thing and that I voted on the right side of history.”

The mayor, at the urging of the Seattle Police Officers Guild, business leaders and some residents, has called for the council to slow down on defunding the department.

The city also faces a budget struggle because of the coronavirus pandemic.

Durkan is set to reveal her budget plan next week The Times reported.

Both Durkan and Councilmember Kshama Sawant are facing recall attempts – Durkan over the police department’s use of force during protests and Sawant for allowing protesters inside City Hall during the pandemic.