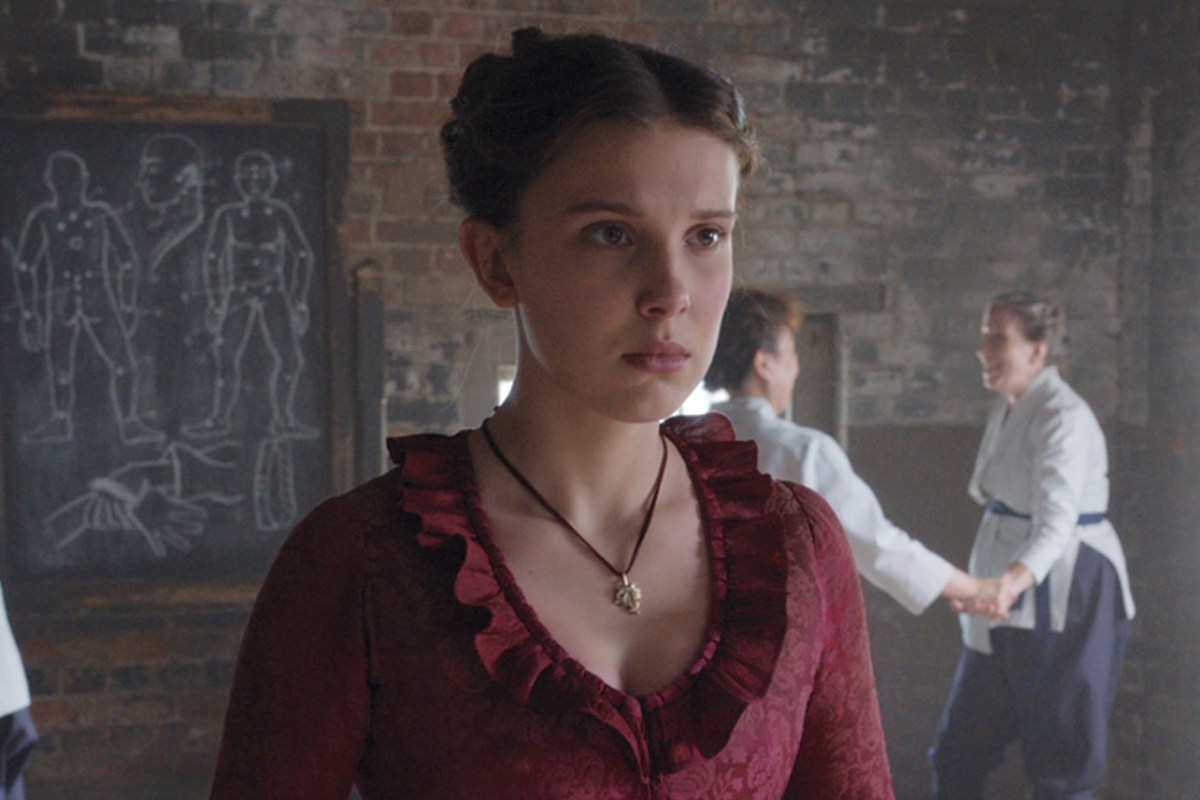 Enola Holmes is coming out on Netflix tomorrow, which means the world is just a few short hours away from Henry Cavill‘s bulging muscles shoved into Victorian clothing. You don’t need to be a Sherlock Holmes to figure out that’s exactly what we need right now.

Starring Stranger Thing‘s Millie Bobby Brown as the 16-year-old sister of the world’s greatest detective, Enola Holmes is an adaptation of the young adult book series by Nancy Springer. Directed by Harry Bradbeer and written by Jack Thorne, this story finds Enola (Brown) searching for her missing mother (Helena Bonham Carter) while trying to avoid being sent away to boarding school by the order of her misogynistic brother, Mycroft (Sam Claflin). Unfortunately, her other brother Sherlock (Cavill), isn’t much help, so Enola takes matters into her own hands. (And yes, this is the same Sherlock Holmes adaptation that was sued for giving the detective feelings.)

WHAT TIME IS ENOLA HOLMES ON NETFLIX?

New titles arrive on Netflix at 12 a.m. PT, or 3 a.m. ET on the morning of the release date. Therefore, Enola Holmes will be on Netflix either very late Tuesday night or very early Wednesday morning, depending on how you want to look at it.

If the clock strikes midnight on the west coast and you don’t yet see Enola Holmes on Netflix, try refreshing the page or logging out and logging back in again. If that works, congratulate yourself on solving the case of the missing Netflix movie.

IS THERE AN ENOLA HOLMES TRAILER?

There sure is, and you can watch it right here. Simply scroll up and hit play on the video at the top of this article. The video player is afoot!