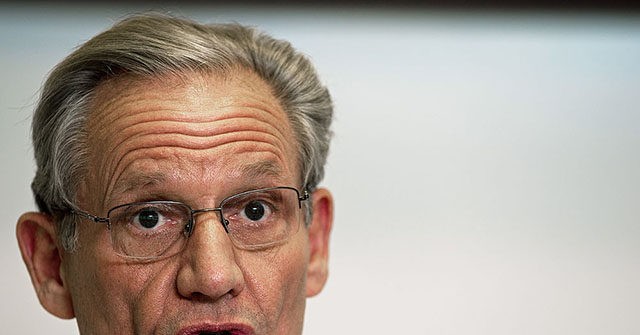 Author Bob Woodward on Tuesday’s broadcast of MSNBC’s “The ReidOut” called President Donald Trump’s coronavirus pandemic response “one of the most outrageous acts of negligence and indifference.”

Woodward said, “What’s most shocking, Joy, is that he’s running around talking about giving himself —I think yesterday or a couple of days earlier an A-plus for his handling of this and 200,000 people in our country have died. I’m embarrassed for him. I’m embarrassed for the country that somebody could run around and say things like that and apparently believe them.”

He continued, “He abrogated his responsibility as the leader in two ways. In an early interview, I did with him. I asked what’s the job of the president. He said the job of the president is to protect the people. On that front, he’s failed miserably. The second job of the president is, to tell the truth. And he was warned in a key meeting that will be written about in the history books for decades, I believe, January 28, when his national security team told him in a top-secret meeting that aa Robert O’Brien, the national security adviser said, the virus is going to be the biggest national security threat to your presidency, the deputy Matthew Pottinger laid out why he had contacts in China, he knew they were lying and covering up. And this was going to be like the 1918 Spanish flu pandemic. Trump knew that, and he did not share that information in any form with the American people. I’ve never seen a president who would be so  indifferent to his responsibility to take care and warn us when something dangerous is coming.”

He added, “I did not learn until May about the January 28th key meeting when he was told that then I realized that’s what he was talking about, and I asked him about that, and that’s when he said, ‘Oh, I like to play it down, I like to play it down.’ So he doesn’t want to create panic. Now that is absurd. If you know the people you are leading, one of the great things in our country is when people are told the truth, they will rally, they will gather together. Look what happened after 9/11. George W. Bush mobilized the country, the Congress, the world about the terrorist attacks and organized a response. And Trump just buried his head in the sand on this. I’ve done this for almost 50 years, reporting on presidents. And it’s one of the most outrageous acts of negligence and indifference. As I quote Tony Fauci, the head of infectious diseases in our country, that in these meetings with Trump, the only thing Trump was interested in was re-election.”