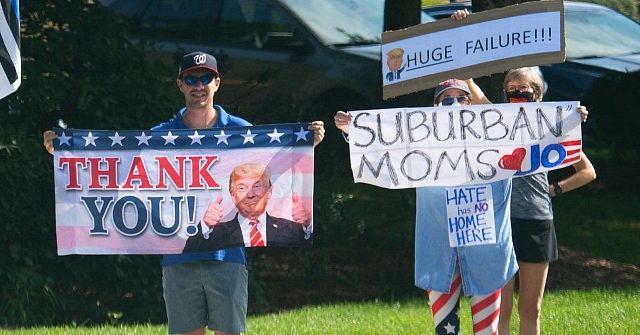 The Cook Partisan Voter Index for the state of Texas, however, is Republican +8, which means the sample of 1,140 likely voters in the CBS/YouGov poll oversampled Democrats by a whopping nine percent.

The presidential ballot poll results from 1,140 likely voters were derived from a poll of 1,161 registered voters in Texas conducted by CBS/YouGov between September 15 and September 18, which has a 3.5 percent margin of error.

Presumably, then, based on this data, the sample size of likely voters was 1,068, or 92 percent of the 1,161 registered voters who were poll respondents. However, the crosstabs of the poll indicated that after weighting was applied, 1,140 total likely voters were identified.

The poll’s methodology used a sample weighting approach “according to gender, age, race, and education based on voter registration lists, the U.S. Census American Community Survey, and the U.S. Census Current Population Survey, as well as 2016 Presidential vote.”

“Likely voters” – respondents’ relative probabilities of voting – were determined using a multilevel regression model that incorporates current, self-reported intentions to vote, along with individual-level and aggregate data about voters in Texas and nationwide, such as demographics and vote history. Respondents were selected to be representative of registered voters in Texas.

Democrats supported Biden over Trump by a 92 percent to four percent margin.

Among likely voters age 18 to 29, Biden had 60 percent support to 29 percent for Trump. At the other end of the age spectrum, likely voters 65 years of age and older support Trump by a 60 percent to 38 percent margin.