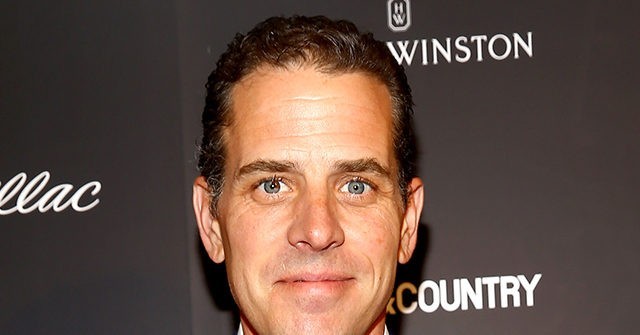 A new report by the Senate Homeland Security Committee indicates that Hunter Biden’s private equity firm received $3.5 million from one of Russia’s most “powerful” female oligarchs in 2014.

The report, which was made public on Wednesday, shows that Rosemont Seneca Thornton, LLC, a firm that Biden incorporated with his longtime business associate Devon Archer in May 2013, had a previously unknown financial relationship with Yelena Baturina, a Russian businesswoman now living in the United Kingdom. According to bank documents reviewed by the Homeland Security Committee, Baturina wired $3.5 million to a bank account controlled by Rosemont Seneca Thornton as part of a “consultancy agreement.”

At the time of the transfer, Baturina, a well-known construction magnate, was living in the United Kingdom with her late husband Yuri Luzhkov, a onetime mayor of Moscow. Baturina and her husband immigrated to Great Britain in 2011 after Luzhkov was dismissed from public office by former Russian President Dmitry Medvedev as part of a public corruption probe. The former mayor, in particular, was accused of using his office to approve more than 20 real estate projects linked to Baturina’s business interests, according to the Homeland Security Committee.

“In addition, a Russian investigation led to a criminal case against the former head of the Bank of Moscow, Andrey Borodin, who ‘allegedly used money from the Moscow City Budget to lend money to shell companies, which ultimately transferred $443 million to Baturina,’” the committee’s report notes.

Luzhkov’s alleged grift was supposedly substantial enough to help propel Baturina into the ranks of Russia’s wealthy elite, with Forbes reporting in 2019 that her estimated net worth was $1.3 billion. Baturina’s fortune was large enough to qualify her as Russia’s richest woman and, as the Daily Mail has noted, the country’s most “powerful female oligarch.”

The nature of Baturina’s “agreement” with Rosemont Seneca Thornton remains unclear. The Homeland Security Committee’s report stems from an investigation into Biden’s ties to Burisma Holdings, a Ukrainian natural gas conglomerate whose founder has been accused of public corruption, embezzlement, and bribery. Biden served on the company’s board of directors between 2014 and 2019, earning somewhere in the range of $83,000 per month.

Biden received appointment to the company’s board despite no background in either Eastern Europe or the energy sector, shortly after his father, former Vice President Joe Biden, was tapped to lead the Obama administration’s policy toward Ukraine in April 2014.