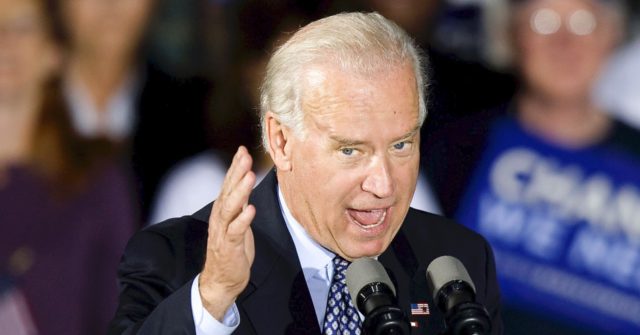 Biden actually said far worse about McCain while he was still alive, and the two were on opposing sides in the 2008 election.

“In my neighborhood where I came from if you got something to say to a man, look him in the eye and say it,” Biden said.

In addition, Biden belittled McCain: “You can’t call yourself a maverick when all you’ve ever been is a sidekick,” he said in a speech in Florida. Biden also called the Vietnam War hero “an angry man, lurching from one position to another.”

Obama also frequently attacked McCain’s “temperament,” while other Democrats questioned his age (72 at the time, five years younger than Biden is today).

The hard feelings appeared to be mutual. Though Biden and McCain had once worked together in the Senate, the campaign drove a wedge in between them for years. In 2009, McCain and the late Sen. Tom Coburn (R-OK) ripped Biden for his mismanagement of the economic recovery, saying Biden was responsible for the waste in the $862 trillion stimulus.

But McCain’s feud with Trump evidently led his family to bury the hatchet.