As evacuations continue in some Oregon communities due to ongoing wildfires, a volunteer firefighter is warning about why it’s still too dangerous for many to come home.

The Pacific Northwest Region of the U.S. Forest Service said that more than 9,000 firefighters are still battling large wildfires across Oregon and Washington.

In Oregon, fires have killed at least nine people and scorched more than 1.7 million acres. Thousands of evacuees are still in emergency shelters and hotel rooms.

Weather conditions have helped fire crews advance on several blazes in recent days that have destroyed hundreds of homes. 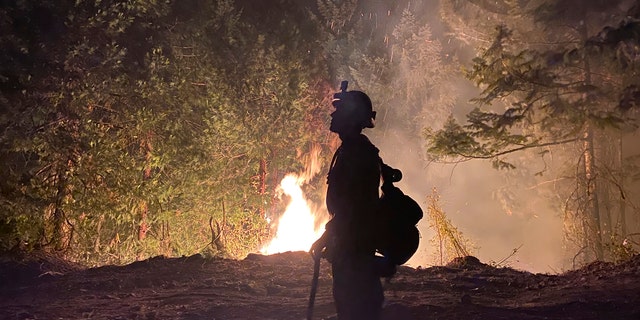 As many wait to return home, volunteer firefighter Don Tesdal took to Facebook to warn why it’s still too dangerous, due to fire still lurking underground in many locations.

“I know everybody’s dying to come back up and see their homes and begin this process,” he wrote. “I just want to let you guys know that it’s entirely too dangerous right now and this is a good reason why.”

Tesdal’s video shows places were the fire is still burning underground, saying it’s “everywhere” on hillsides and the wildfires are now burning roots. He said that the hidden underground fires in root systems can burn for months without being detected.

Fire officials said that the blazes still burning in underground locations are burning at temperatures above 1,000 degrees. 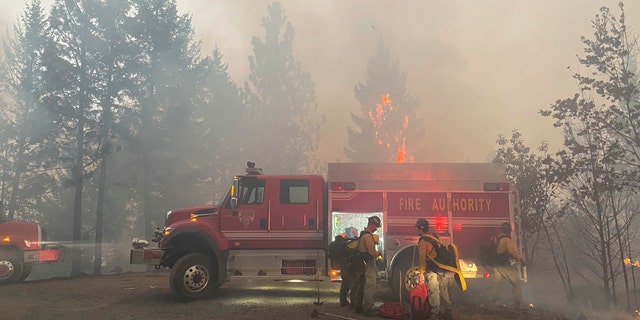 “You’ve got a 1,200-degree fire going on next to somebody’s house and this can just spread,” Tesdal said in the video that’s been shared more than 28,000 times.

Candy Ramos, who lives in the evacuated community of Idanha, told FOX12 Oregon she belives her home is still intact but isn’t sure if it has sustained any smoke damage.

“We’re all just wanting to go home and clean our fridges out, so we’re just hoping that they can get us that opportunity because like I said, there’s lots of rotting food out there and then our animals are out there not getting any food or water, and that’s all we really wanna do is go and do that,” Ramos told FOX12 on Tuesday.

Oregon State Parks said Monday that 900 acres within various parks had burned from the recent wildfires. 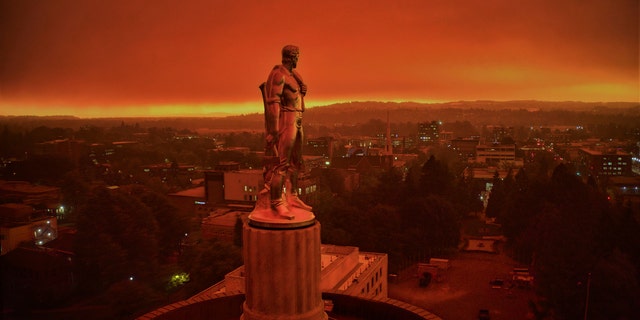 This drone photo provided by Michael Mann shows the Oregon Capitol building, with its “Oregon Pioneer” bronze sculpture atop the dome, with skies filled with smoke and ash from wildfires as a backdrop in Salem, Ore., on Sept. 8, 2020. (Michael Mann via AP)

The worst hit was Collier Memorial State Park near Klamath Falls, which lost 400 acres of ponderosa pine and a historic cabin.

The fires also damaged one of the nation’s last low-elevation, old-growth forests, which includes Douglas fir trees up to 1,000 years old. A forest center built on the ruins of an old mining town that hosted thousands of Oregon children was largely reduced to ashes. 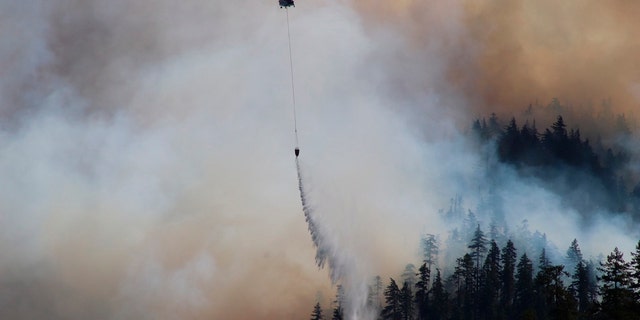 Another round of rain and wind on Wednesday is expected to aid firefighters but may cause problems such as landslides on hillsides now left bare after the recent fires. 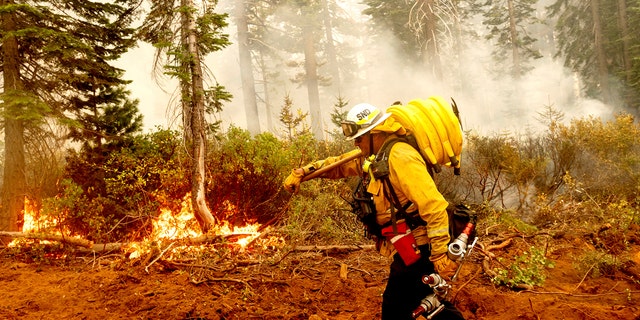 Firefighters trying to contain the massive wildfires in Oregon, California and Washington state are constantly on the verge of exhaustion as they try to save suburban houses, including some in their own neighborhoods. (AP Photo/Noah Berger)

Firefighters remain busy in California, where more than two dozen major wildfires continue to burn, including one in Los Angeles County that threatened more than 1,000 homes.

In Wyoming, a wildfire that roared across a wilderness area toward cabins and a water supply reservoir for Cheyenne, the capital city, calmed down Tuesday. But predictions for more gusty winds were cause for concern.

The blaze has charred over 21 square miles of Medicine Bow National Forest. Officials were investigating signs the fire was human-caused.