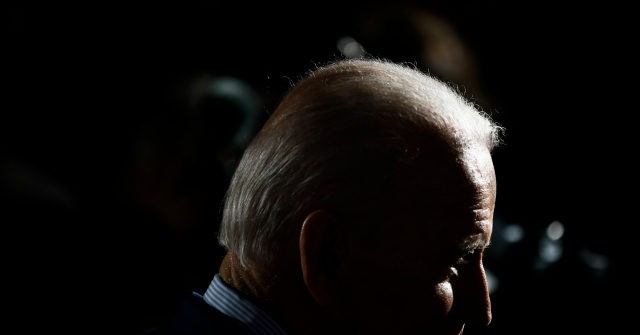 Former Vice President Joe Biden has no public events scheduled Thursday — the ninth day in September the Democrat nominee will not be on the campaign trail.

Biden’s campaign called a “lid” at 9:20 a.m Thursday morning, meaning that it had no public events or travel scheduled for the rest of the day. A “lid” usually also means the campaign will not conduct press conferences or dispense press releases the remainder of the day. Biden’s team also clarified that Sen. Kamala Harris (D-CA), the Democrat vice presidential nominee, had no public events scheduled for Thursday and, therefore, would not be on the campaign trail, either.

The news was not all that surprising, as Biden, himself, told reporters during a campaign swing through North Carolina on Wednesday that he would be “heavily” engaged for the rest of the week with preparations for the upcoming presidential debate. Given that the general election is only 40 days away, however, many reporters took to social media upon Thursday’s announcement of a “lid” to lambast Biden’s team for the frequency with which it allows the candidate to disappear from the campaign trail:

Calling a lid so early in the day is extraordinary this close to an election. Reminds me of following Hillary Clinton in 2016, who had days when her handlers would hardly schedule any appearances. The campaign felt listless and complacent. Is Joe Biden falling into the same trap? https://t.co/Ki5ONrEALH

More than a few reporters were quick to note that the Democrat nominee’s schedule stands in stark contrast to that of President Donald Trump, who has increased his travel in recent weeks as the general election has kicked into gear. On Thursday alone, Trump is scheduled to appear at several events in North Carolina before flying to Jacksonville, Florida, for an evening rally:

Overall, Biden has called 9 lids in 24 days in September. We’re less than 6 weeks to the election.

President Trump again has a packed schedule today, culminating with an event in Charlotte, NC and a rally in Jacksonville, FL tonight.

Despite having what some believe to be a “light” public schedule, Biden has recently mocked Trump for appearing to struggle to walk down a ramp during a commencement ceremony at Westpoint this year. The former vice president repeated the attack Wednesday when asked about his fitness to be commander-in-chief.

“I’m not the guy who can’t run up or down the platform, the ramp to get to deliver a commencement speech in an academy,” Biden said.