11:31 AM PT — KAT and Jordyn took the birthday bash to the waters in Cabo … partying on a yacht with friends while wearing matching #23 “Woods” jerseys. Even KAT, who plays for the Timberwolves, was rocking the Chicago Bulls threads.

The couple looked like Jack and Rose from “Titanic” while getting cozy near the bow of the ship … while the rest of the group looked on from the deck.

And, of course, there were jet ski joyrides.

Congratulations are in order for Karl-Anthony Towns … the NBA superstar is out of the friend zone with Jordyn Woods!!!

But, let’s be real — was he ever really IN the friend zone??

As we previously reported, the duo has been spending a lot of time together over the past year — from hanging at KAT’s house to sushi dates at Nobu.

While everyone assumed they were BF and GF, Woods blasted the rumors in August 2019, saying, “Karl is like a brother to me.”

But, things are 100% COMPLETELY different now — ’cause KAT wished Jordyn a happy 23rd birthday on Wednesday with a not-so-brotherly pic (peep the hand placement).

If ya need any further evidence these two are an item, check out the gifts KAT got Woods for her big day — 2 Birkin bags, a Chanel clutch and an autographed Michael Jordan jersey!!! 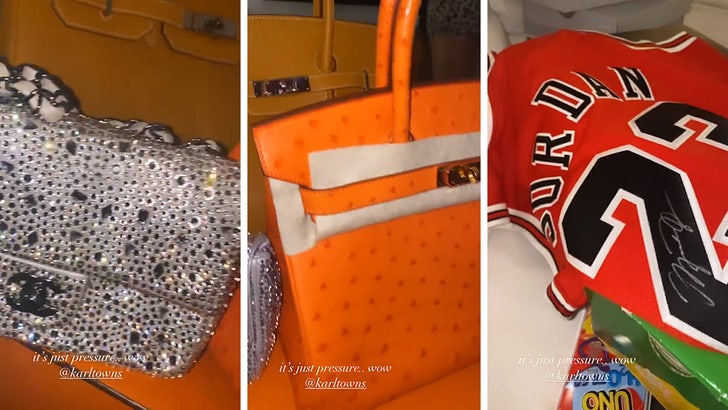 The whole party was MJ themed — Woods turned 23 on the 23rd — and there was even a cake in the shape of an Air Jordan 1.

KAT capped the whole thing off by sharing a special message for his girl, saying, “Happy BDAY Queen.” 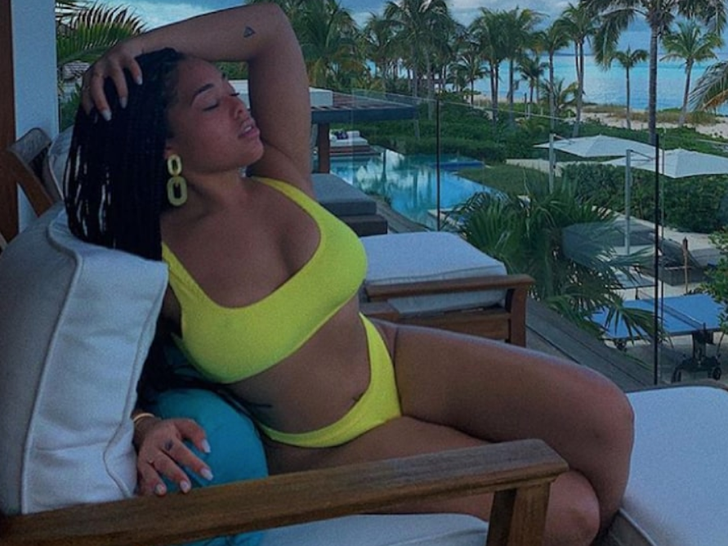