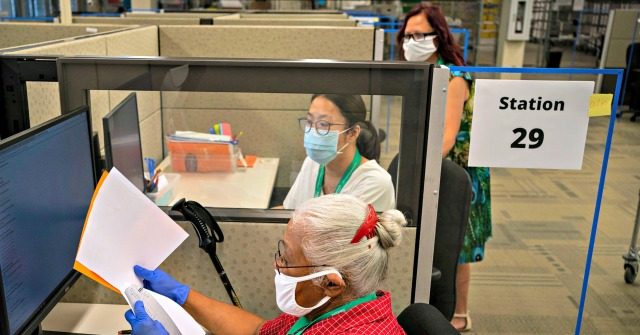 Federal authorities are investigating “discarded” mailed-in ballots in a key Pennsylvania county that swung to President Trump in 2016.

Luzerne County District Attorney Stefanie Salavantis contacted the FBI related to “potential issues with a small number of mail-in ballots at the Luzerne County Board of Elections,” the U.S. Department of Justice (DOJ) said in a news release.

The FBI, working with Pennsylvania State Police, has been conducting interviews and reviewing physical evidence since Monday in Joe Biden’s hometown of Scranton.

“At this point we can confirm that a small number of military ballots were discarded. Investigators have recovered nine ballots at this time. Some of those ballots can be attributed to specific voters and some cannot,” the DOJ said.

“All nine ballots were cast for presidential candidate Donald Trump.”

The Citizens’ Voice reported County Manager David Pedri said the county “identified an issue and reported it to the authorities.”

“We are confident that it will be successfully resolved so it will not have an impact on the integrity of the election process,” Salavantis told the paper.

Absentee ballots have not been mailed out to general voters yet. Pedri said that should happen the first week of October.

The Postal Service is investigating after three trays of mail, which included mailed-in ballots, were found thrown in a ditch in rural Wisconsin.

The mail was found “near the intersection of highways 96 and CB, near the Appleton International Airport” and was turned over to the postal service.

“The United States Postal Inspection Service immediately began investigating and we reserve further comment on this matter until that is complete,” USPS spokesman Bob Sheehan said.

The post office did not disclose how many ballot were discard in that instance.