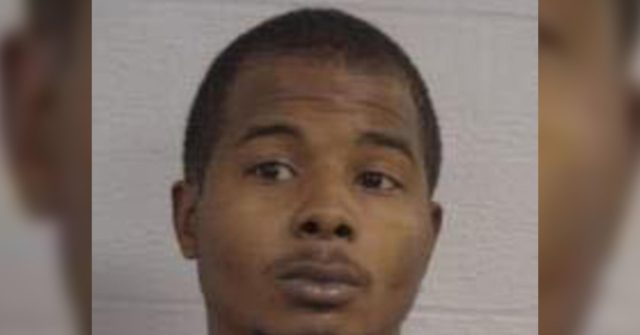 Louisville Metro Police Department (LMPD) has arrested and charged Larynzo Johnson in the shooting of two LMPD police officers on Wednesday, after the grand jury decision on Breonna Taylor’s case was announced.

Johnson, 26, was arrested at 8:40 p.m. and will face multiple charges of first-degree assault of a police officer and first-degree wanton endangerment, according to the Courier-Journal.

Johnson is accused of shooting the two officers around 8:30 p.m. Wednesday. His arrest citation outlines his actions allegedly “showed an extreme indifference to the value of human life” and put officers at the scene in danger of death or serious injury, according to the paper.

Johnson is alleged to have fired a handgun multiple times at LMPD officers responding to a crowd in downtown Louisville that had set fires and refused to disperse. The officers were seriously injured. One was hit in the thigh and another was hit in the abdomen. They are both in stable condition and expected to survive.

FBI in Louisville are investigating the shooting, according to an official tweet.

FBI Louisville and @LMPD are seeking the public’s help regarding the shooting of LMPD officers on 09/23/2020. Anyone with pictures or videos of the incident is asked to provide those files using https://t.co/6PCitiZl9J.

Protests in Louisville and across the country began after the grand jury indicted one officer involved in the March raid that resulted in Taylor’s death with three counts of wanton endangerment, but no murder charges.

A U-Haul was spotted in Louisville filled with protest signs and other demonstration gear and equipment in anticipation of the decision.

A parked U-Haul was waiting for the crowd up the street. It contains supplies such as signs, shields, water etc. I’m not sure how people knew what it contained. Police are up ahead pic.twitter.com/qObHK3E83y