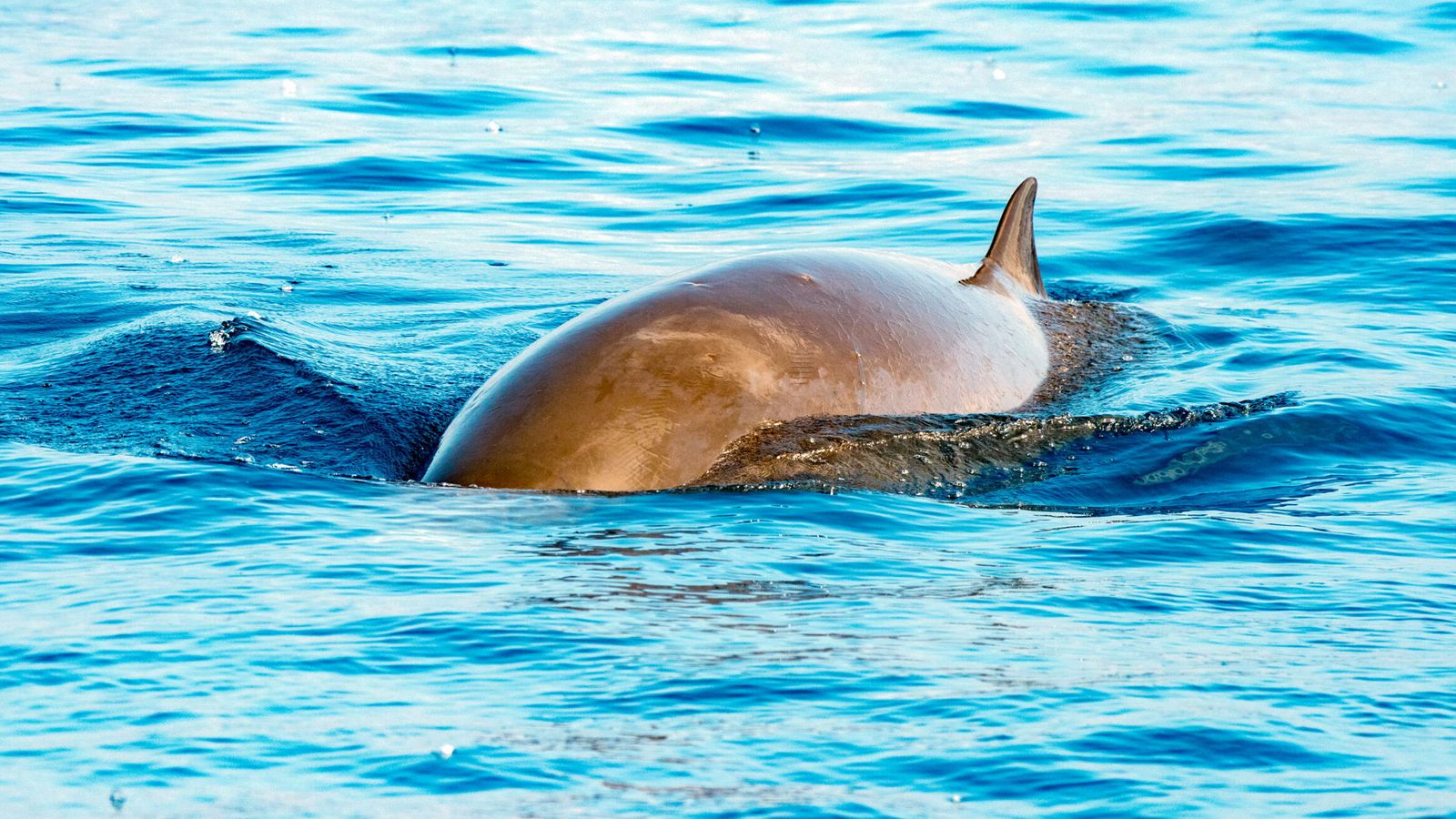 Scientists studying the world’s deepest diving mammal were left twiddling their thumbs when timing a dive off the coast of North Carolina.

The average dive for Cuvier’s beaked whales usually lasts around one hour, at a depth of 1,400m, according to Duke University in the US.

But one of the mammals left scientists astonished after disappearing under water for three hours and 42 minutes, without coming up for air once.

In a paper published in the Journal of Experimental Biology, researchers found that only 5% of the 3,680 dives they analysed lasted over 77 minutes.

But one of the cetaceans almost trebled that figure with its 222 minute-long hunt for squid.

The previous record, set in 2014 by the same whale species, was around two hours.

The experts believe the Cuvier’s beaked whale is able to last so long under water because it can rely on large stores of oxygen, is able to slow its heartbeat and has a low metabolism.

Studies of the species’ behaviour are constrained by the animals’ offshore location and limited time spent at the surface.

“Their deep dives average about 1,400 meters, lasting about an hour, while they are feeding near the sea floor,” said Jeanne Shearer, a doctoral student in ecology at Duke University’s Nicholas School of the Environment.

“It’s amazing that they can dive to such depths, withstand the pressure, and be down there that long, with such brief recovery times.”

According to Guinness World Records, the longest a human has held their breath for under water is 24 minutes and 3.45 seconds.

The record was set by Aleix Segura Vendrell, from Spain in 2016.