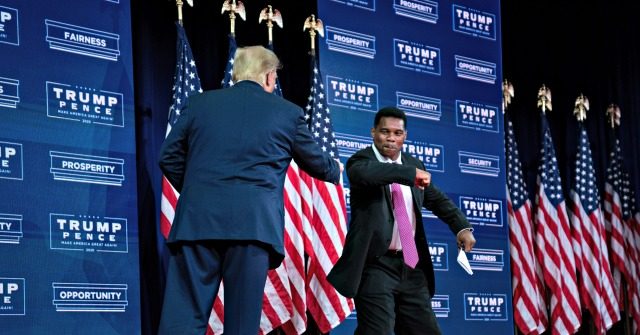 The plan is a mixture of economic, education, and financial investments in black communities, detailed in a two-page document released on Friday.

“Over the last 50 years black Americans have mostly voted democrat, but every day more black Americans are deciding that the old way is not working,” Trump said, noting that his opponent, former Vice President Joe Biden, was deploying the “same old tired empty slogans.”

The plan announces a goal of creating 500,000 black-owned businesses, increase access to capital investments, and add three million jobs for the black community.

The president’s plan for black Americans includes proposals he has already voiced support for, such as an annual $500 billion of infrastructure spending.

The plan also promises to prosecute the KKK and Antifa as terrorist organizations and make lynching a national hate crime and make Juneteenth a National Holiday.

The president also spoke about increasing opportunities for education and job training, including school choice.

The president spoke freely at the event, calling out prominent black supporters by name and making jokes about Biden’s low energy.

“By the way, he’s staying in again today,” Trump said, pointing to another campaign “lid” on the day’s events.

Trump called out Biden for using his 47-year political career to ship jobs overseas, hollow out the middle class, allow foreign illegals into the country, and send men overseas to fight in foreign wars while the inner cities crumbled.

“Joe Biden cares more about the citizens of foreign countries than he does about black Americans living in our own country,” Trump said. “I will always put Americans first, and that includes, very very importantly, black Americans.”

“No one in Washington politics today has done more to hurt black Americans than Joe Biden,” he said.

“Today I’m urging all black Americans to walk away from the corrupt, hateful, divisive, and very extreme — and they are going crazy — Democrat party.”

Trump referred to Biden’s infamous statement to a black interviewer that “you ain’t black” unless you vote for Biden, and another comment calling the black community “monolithic.”

He described Democrats as “out of touch liberal hypocrites who stereotype you, disrespect you, and sell you out.”

“Joe Biden should not be asking for your support; he should be begging for your forgiveness,” he said.