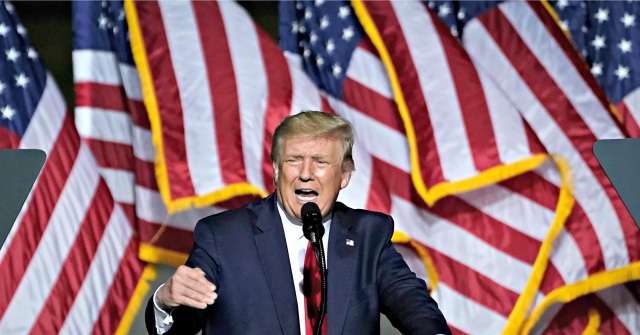 President Donald Trump on Friday again touted the new developments in the FBI investigation of his 2016 campaign, boasting that he had caught the Democrats, the media, and the FBI in the Russia “hoax.”

“They now prove that Russia interfered in 2016. Unfortunately, it was on behalf of Hillary Clinton, not Trump,” he said at a rally in Newport News, Virginia.

To prove his claim, the president referred to reporting from CBS News reporter Catherine Herridge, revealing that the primary sub-source of the infamous dossier developed by Christopher Steele was also the subject of an FBI 2009 counterintelligence probe because of his ties to Russia.

“They were the ones that were involved with Russia,” Trump said. “It was a whole big disinformation campaign!”

In a separate story, new text messages revealed that the FBI was “scrambling” to build a case against Trump, as some agents expressed fears that they would be “screwed” after Trump won.

The president speculated that his poll numbers would be so much higher if he did not have to deal with four years of the ongoing “Russia, Russia, Russia” narrative.

“What would our popularity [be] if every day for almost four years you didn’t hear any of this bullshit?” he asked.

Trump boasted that he had finally caught the individuals responsible for the entire campaign against his presidency.

“We were unjustly treated, unjustly accused by a bunch of treasonous crooks. They are a bunch of bad, bad people who got caught, and I think they’ll have to pay a very substantial price,” he said.

Trump also condemned “Fake News CNN” and “MSDNC” as well as the New York Times and the Washington Post for pushing the false narrative.

“We caught ’em. They’ve been caught. They spied on my campaign and they tried for a coup!” he said. “Can you believe it? In this day and age?”