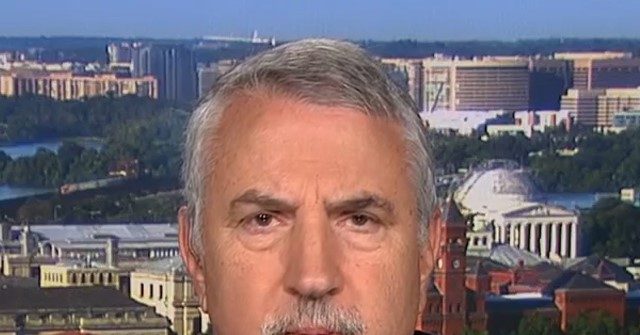 During an appearance on CNN’s “Anderson Cooper 360,” New York Times columnist Thomas Friedman expressed his concern over what could happen in November if there were enough doubt about the outcome of the November 3 presidential election.

Friedman warned such a lack of confidence in the American election process could lead to a second civil war.

“I found it stunning and surprising,” Friedman said of President Donald Trump’s unwillingness to commit to accepting the possible outcome of election results. “Anderson, you know, I began my career as a journalist covering Lebanon’s second civil war and its history. And I’m terrified to find myself ending my career as a journalist covering America’s potential second civil war in its history.”

Host Anderson Cooper asked Friedman if he really believed it, to which Friedman affirmed the belief and slammed the Republican Party for being what he deemed to be a “political brothel.”

“Yes, I think what happened in the last few days is a six-alarm fire,” he replied. “I think it’s DEFCON 5. The President of the United States has told us either I win the election, or I delegitimize the election. Those are your choices, folks. And he basically is trying to break people’s will to really get people to say, what the heck, he wants it so bad. Just give it to him. I think this is certainly the most frightening moment in my life. It’s frightening because of him. It’s frightening because he’s backed by a state-owned network.”

“And it’s terrifying because the Republican Party has become basically a political brothel, that rents itself out by the night to ever will energize its base — whether it was Sarah Palin or the Tea Party, and now Trump,” Friedman continued. “This is a party that went into its convention with no platform. No platform. Basically, said whatever Trump wants, we want. And I — if you’re not frightened, now, if you are not terrified for what could happen? It’s not we might have a disputed election. It is we are going to have a disputed election. Almost certainly unless Trump wins, in which case, I shudder to think what four more years of this would be like.”