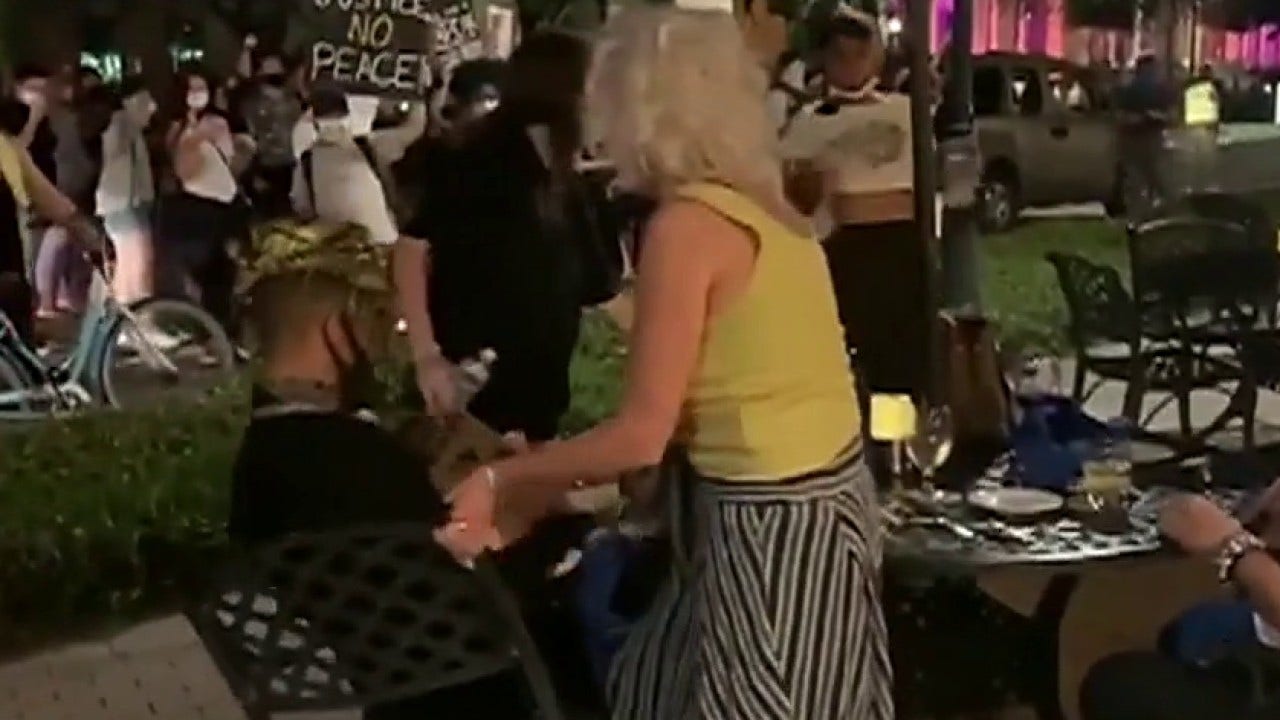 The harassment toward diners at restaurants during protests has been “rationalized,” said U.S. Commission on Civil Rights member Peter Kirsanow, reacting to a video showing protesters attacking diners at a Florida restaurant.

“It’s not going to end well at some point. At some point, they’re going to sit at the wrong table and it is going to have some violence,” Kirsanow told “Fox & Friends.”

“This type of behavior obviously is unjustified, but, it is rationalized by these protesters and they are not even protestors. They’re intimidators, disruptors of the peace and in some cases, they engage in overt violence, but, it is rationalized by them because of this false narrative of systemic racism and that cops are disproportionately shooting Blacks,” Kirsanow said.

NYC PROTESTERS TAKE TO THE STREETS AFTER BREONNA TAYLOR DECISION

Protesters inflamed by the decision not to charge cops for Breonna Taylor’s death took their anger out on a couple dining in Florida — gatecrashing their table and threatening to knock the man the “f–k out.”

A man clutching a skateboard was filmed by a Tampa Bay Times reporter as he strolled up and sat with the couple at their outdoor table as dozens chanted at the edge of the St. Petersburg restaurant.

“No! This is my table,” the female diner told him, trying to push him from the chair — only to have three other protesters stroll over and join them.

The male diner hugged his wife as she said she was calling the police — as the initial dinner-crasher and another woman started hurling abuse.

“I ought to knock your old-ass boyfriend the f–k out,” the man threatened, as he derided the woman as a “wild Karen in her natural f–king habitat.”

The threatened man was filmed smiling in bemusement, as more protesters appeared to gather around the table — including one continually blowing a horn. The video quickly went viral, getting more than 1.8 million views on Twitter in fewer than 12 hours.

Reporter Josh Fiallo, who filmed the clip, said some diners had “yelled back” at protesters, “starting multiple confrontations,” but he was not sure why the couple filmed were targeted.

The unidentified initial gatecrasher appeared to be the same man Fiallo filmed walking across a car that was surrounded and attacked with skateboards and signs. “F–k you, c–t!” one shouted as the car drove off.

The tactic of browbeating outdoor diners has also been used in other cities across the country, caught in viral videos in Washington, D.C., and Pittsburgh, where three were recently charged.

In many, diners are screamed at if they refuse to raise a fist in support of Black Lives Matter, with mobs screaming that “White silence is violence.”

“The evidence, the data for decades now has been irrefutable that that is not the case, and when you look at the individual cases that spark these types of incidents. In this case, for example, Breonna Taylor, you’ve got originally Michael Brown, Freddie Gray, all of these instances, the facts as reported by many of these irresponsible individuals in the media,” Kirsanow said.

Kirsanow went on to say, “There is a huge cohort of individuals that leap on the initially reported facts and perpetuate them because many of the facts related to George Floyd, for example, Breonna Taylor, began to come out, but, the media wasn’t reporting them and this type of hysteria develops because of a false narrative and it needs to be corrected because something is going to happen soon. We’ve already seen billions of dollars worth of property damage in large part because of the belief in this false narrative.”