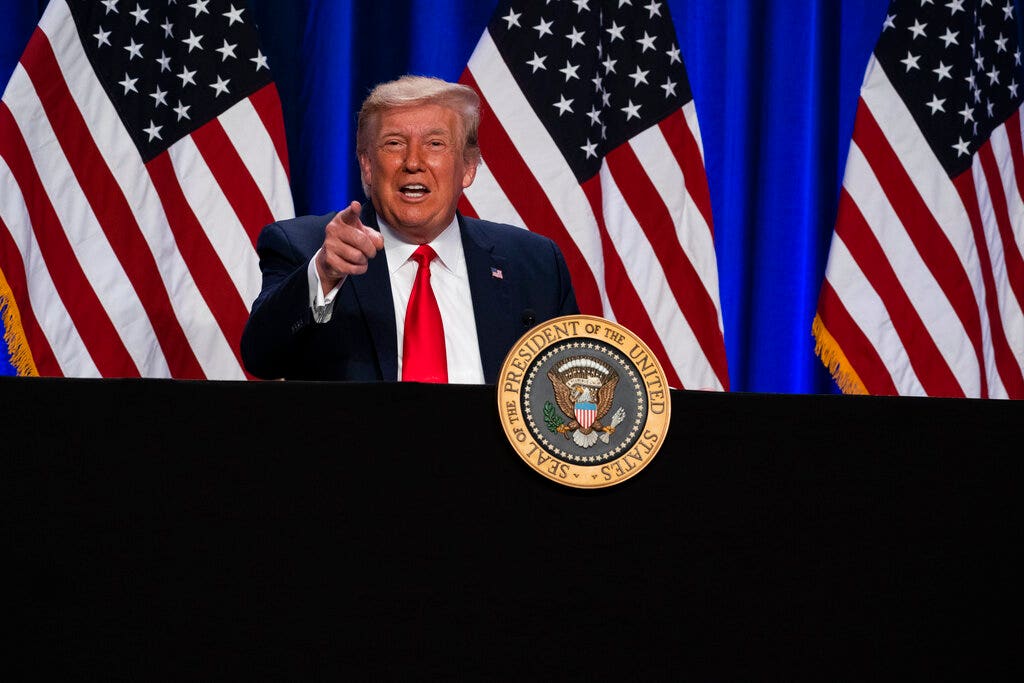 At the “Latinos for Trump” indoor roundtable at the Trump National Golf Club in Doral, Fla., the president touted low unemployment for Hispanic-Americans and slammed Biden for “sending your jobs to China.”

ON THE 2020 CAMPAIGN TRAIL: WHERE ARE THE PRESIDENTIAL CANDIDATES TODAY?

A frequent talking point for Trump, the China reference takes aim at a bipartisan vote to allow China to join the World Trade Organization, which Biden opted for in 2000 when he was a senator and which former presidential opponent Sen. Bernie Sanders, I-Vt., later said cost the U.S. 3 million jobs.

“In 1996, Biden voted for a tax bill that obliterated Puerto Rico’s thriving pharmaceutical industry and sent thousands of jobs to China,” Trump said. “I will reverse Biden’s catastrophic decision.”

TRUMP: BIDEN WILL ‘DO FINE’ IN DEBATES, ‘THEY’LL GIVE HIM A SHOT OF SOMETHING’

Trump also took aim at an Obama-era policy that attempted to forge diplomatic relations with Cuba, efforts which Trump reversed, instead opting for crippling sanctions on the island.

“He will surrender America to the Castro-Chavez-inspired socialists running his party,” Trump said of Biden.

“The Obama-Biden administration’s horrendous Cuba policy betrayed the Cuban people and enriched the Castro regime. I ended that pro-Castro sellout,” he added.

Earlier in the week, Trump efforted to appeal to Cuban-American voters, who make up about a third of the Hispanic votes in Florida, as he paid tribute to Bay of Pigs veterans, announcing new restrictions on purchasing rum and tobacco, aimed at choking off Cuba’s economy.

Trump’s appearance in the state he narrowly clinched in 2016 shows another attempt at amassing the crucial 29 electoral votes in November’s election. Hispanics make up 15% of the electorate in battleground states such as Arizona, Florida and Nevada and both he and Biden have ratcheted up efforts to get voters in their corner.