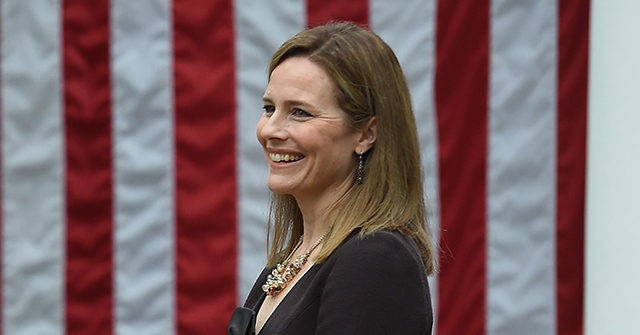 Judge Amy Coney Barrett declared that she loves the United States and its Constitution during the Saturday ceremony where President Donald Trump nominated her to serve on the Supreme Court.

Speaking in the Rose Garden, Coney Barrett said that she was “deeply honored” by the confidence that President Trump had placed in her and expressed appreciation for his support and kindness.

Republican senators are already lining up for a swift confirmation of Barrett ahead of the Nov. 3 election, as they aim to lock in conservative gains in the federal judiciary before a potential transition of power. Trump, meanwhile, is hoping the nomination will serve to galvanize his supporters as he looks to fend off Democrat Joe Biden.

Trump hailed Barrett as “a woman of remarkable intellect and character,” saying he had studied her record closely before making the pick.

“I looked and I studied, and you are very eminently qualified,” he said as Barrett stood next to him in the Rose Garden.

An ideological heir to the late conservative Justice Antonin Scalia, Barrett would fill the seat vacated after the Sept. 18 death of liberal icon Ruth Bader Ginsberg, in what would be the sharpest ideological swing since Clarence Thomas replaced Justice Thurgood Marshall nearly three decades ago.