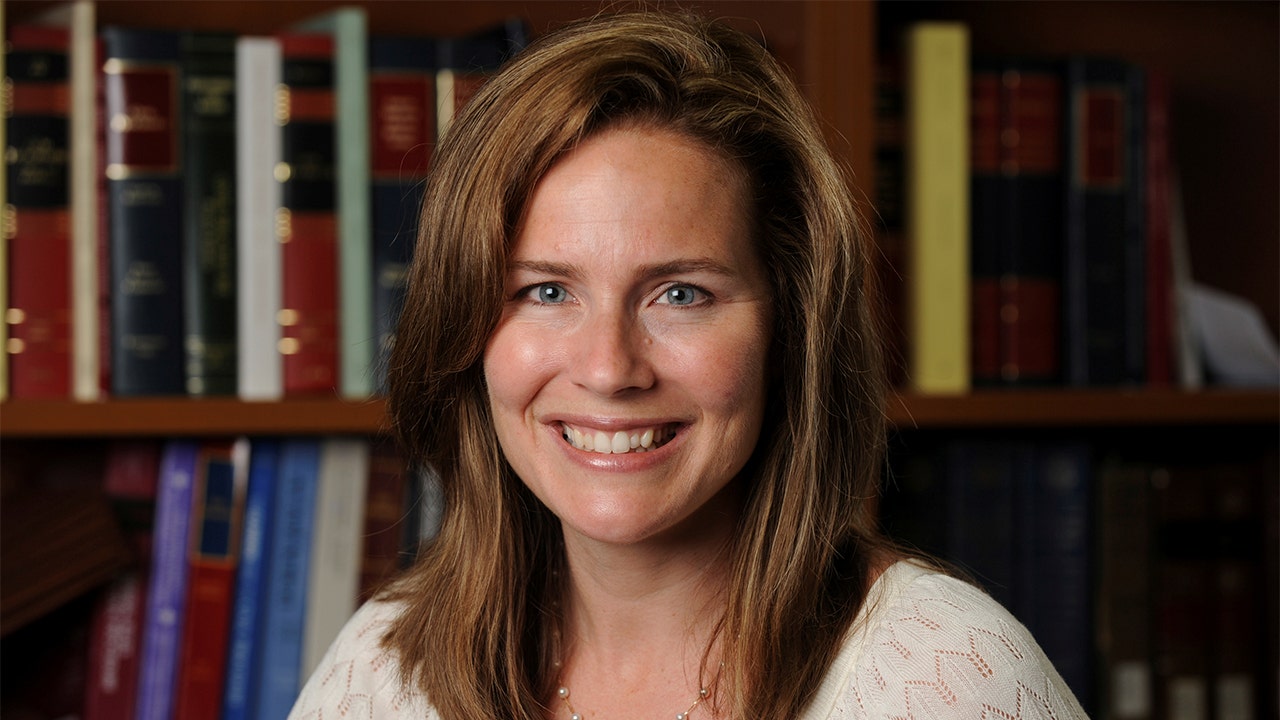 “In the hearings, Americans will get to know an extraordinary woman: a principled and independent judge, a loving mother,” Ferguson said in a statement to Fox News.

“She is a professional woman of the highest caliber, and Democrats in the upcoming hearings would do well to recognize her legal accomplishments and examine her record fairly, rather than attack her faith as they did during her confirmation to the 7th Circuit.”

Her religious beliefs were center stage at her confirmation hearing to sit on the 7th circuit U.S. Court of Appeals in 2017.

“Dogma and law are two different things. And, I think whatever a religion is, it has its own dogma. The law is totally different. And I think in your case, professor, when you read your speeches, the conclusion one draws is that the dogma lives loudly within you,” Sen. Dianne Feinstein, D-Calif., told her.

At another point, Sen. Dick Durbin, D-Ill., asked Barrett if she considers herself an “orthodox Catholic.”

“If you’re asking whether I take my Catholic faith seriously, I do, though I would stress that my personal church affiliation or my religious belief would not bear on the discharge of my duties as a judge,” Barrett responded.

Barrett’s views on reproductive rights have been a sticking point for the left. Democratic vice presidential candidate Kamala Harris tweeted that with the nomination of Judge Barrett to the Supreme Court, Republicans “intend to destroy the Affordable Care Act & overturn Roe.”

Many anti-abortion conservatives have embraced Barrett’s nomination, though.

“We have confidence that she will fairly apply the law and constitution as written, which includes protecting the most vulnerable in our nation: our unborn children,” Jeanne Mancini, President of March for Life, told Fox News in a statement. “Amy Coney Barrett certainly has the support of pro-life Americans who know, perhaps better than anyone else, the danger of activist judges.”

It’s unclear exactly how she would rule on these issues. At her 2017 confirmation hearing, Sen. Richard Blumenthal, D-Conn., asked her if she has “personal beliefs as to whether Roe was correctly decided?”

“I’m sure every nominee before you would have personal beliefs about that precedent and many others. But all nominees are united in their belief that what they think about a precedent should not bear on how they will decide cases,” she responded.

Barrett clerked for the late Justice Antonin Scalia after law school. She said Saturday that he had an “incalculable influence” on her life, and that he taught her to put her policy views aside when applying the law.

“I clerked for Justice Scalia more than 20 years ago. But the lessons I learned still resonate. His judicial philosophy is mine, too,” she said. “A judge must apply the law as written. Judges are not policy makers and they must be resolute and setting aside any policy views they might hold.”

HOW THE SUPREME COURT OPERATES WITH ONLY 8 JUSTICES

Barrett is a devout Catholic, and taught at Notre Dame University Law School for several years.

Her religious views saw fresh scrutiny this week in the lead-up to her nomination. Multiple news outlets, including Reuters and Newsweek, published stories about a Christian group, Peoples of Praise, that she is reported to belong to.

Bill Mears and The Associated Press contributed to this report.