Travis Scott had permission from the GOAT to shoot visuals for his newest track … getting a personal blessing from Michael Jordan to make it happen at his famous Illinois mansion!!!

Cactus Jack just dropped his new hit, “FRANCHISE,” with Young Thug and M.I.A. this week … and His Airness’ Highland Park home is heavily featured in the music video.

TMZ Sports has learned … 29-year-old Travis — who takes pride in his creativity — thought the NBA legend’s $14.8 MILLION pad would be the perfect set for his vid … so he hit up MJ to get his approval.

We’re told the decision was a complete no-brainer … with Jordan giving his thumbs-up “without hesitation.”

The connection is pretty organic — Travis has released several signature colorways for the Air Jordan 1, 4 and 6 sneakers via his lucrative deal with Nike … and has been loyal to the Swoosh for years. 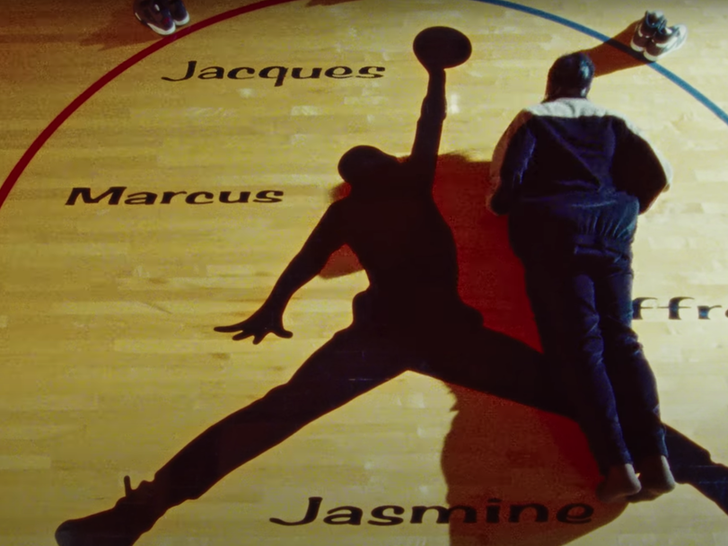 As for the video, the place is recognizable off the rip — the “23” being displayed at the gate is a dead giveaway.

On top of that, the indoor court’s “Jumpman” logo featuring MJ’s kids’ names is seen during the vid … as well as the epic backyard with pool and putting greens.

And, good news for those who fell in love with the house from the video — it’s currently for sale!!