Sen. Thom Tillis, R-N.C., this week warned he has “grave concerns” over North Carolina’s mail-in voting process after several tentative changes were made, including allowing more time for ballots to arrive after Election Day in November.

“I have said in the last two debates that I trusted the absentee ballot system in North Carolina, until yesterday,” Tillis said on a radio show, according to the News & Observer of Raleigh. “And now, I have grave concerns about North Carolina Board of Elections, non-legislators.”

Tillis said the board of elections has “undermined the integrity of the process in North Carolina. It’s a sad day.” 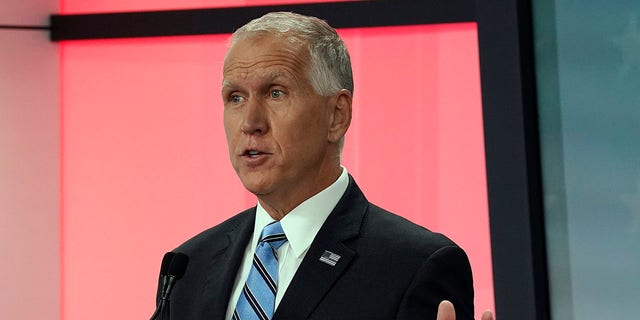 The bipartisan North Carolina State Board of Elections on Tuesday unanimously agreed to a settlement in a lawsuit on behalf of retirees. The settlement still needs to be approved by a judge.

On Wednesday, the board’s two Republican members resigned, claiming they were misled about the changes.

Damon Circosta, chairman of the Board of Elections, said Thursday, “Our board, both Democrats and Republicans, agreed unanimously to make these commonsense changes to our process amid the COVID-19 pandemic. We have ensured that our election process is secure and accessible.”

A spokesperson for the board of elections added that the members were briefed by lawyers on the changes and given “thorough legal memos” before each meeting.

Along with allowing for mail-in ballots that arrive days after Nov. 3 to be counted, the settlement also gives voters the chance to fix a ballot mistake with a sworn affidavit and provides drop boxes for ballots if voters want to avoid mailing them.

Voters have long been able to track their ballots online.

During his Tuesday debate with Democratic challenger Cal Cunningham, Tillis said he encouraged everybody to vote by mail. He even challenged Cunningham, who said he planned to vote early in-person, to vote that way. Tillis has been slightly behind Cunningham is most polls.

Lt. Gov. Dan Forest, a Republican who is running against the state’s Democratic Gov. Roy Cooper, also voiced his concerns over the changes and has asked the Trump administration to investigate state Democrats over the issue.

North Carolina Attorney General Josh Stein called Republicans’ protestations “political theater at its most destructive. …The Republican Party needs to start respecting democracy, instead of undermining it,” he told the News & Observer.

More than 1 million North Carolinians have requested mail-in ballots for the November election as the country grapples with how to hold an election during the coronavirus pandemic.