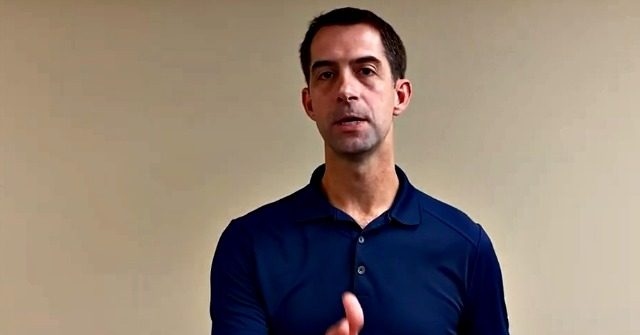 The war room, which launched Friday, aims to track attacks against the nominee and provide fast responses.

Cotton announced the war room on his Twitter account, saying the initiative will help President Trump “fulfill his constitutional duty to appoint the next Supreme Court justice.”

Today, I am launching an emergency Supreme Court War Room at https://t.co/o9WkIijJXd to help President Trump fulfill his constitutional duty to appoint the next Supreme Court justice. pic.twitter.com/rQ418EZrTi

“Today, I am launching an emergency Supreme Court War Room at scotuswarroom.com to help President Trump fulfill his constitutional duty to appoint the next Supreme Court justice,” Cotton wrote in a tweet.

In a video statement from Cotton announcing the war room, the Arkansas senator characterized Trump’s selection as a “great nomination.”

“We already know that Democrats are going to use every trick in the book to smear this nomin, from attacking her religion to attacking her judicial philosophy,” Cotton added in the video.

Cotton has also spoken on the initiative in other instances, including a statement from his office on Friday.

“For too long, liberals have used the courts to bypass our democracy and force unconstitutional, far-left policies on the American people,” Cotton’s office said in a statement. “In 2016, Americans decided that we’d had enough.”

“Sen. Cotton applauds President Trump’s relentless efforts to fill vacancies on our courts with judges who will follow the Constitution and the rule of law, not legislate from the bench. He looks forward to his announcement of the nominee,” the statement added.

According to Cotton, this is an “all-hands-on deck effort” to “help make sure that we confirm President Trump’s pick for the Supreme Court.”

Justice Ruth Bader Ginsburg, who served for more than 25 years on the court, passed away last Friday due to complications from pancreatic cancer, leaving a vacant seat on the court that President Trump and Senate Majority Leader Sen. Mitch McConnell (R-KY) are eager to fill.

President Trump is scheduled to announce his nominee for the Supreme Court vacancy on Saturday from the White House at 5:00 p.m. ET.